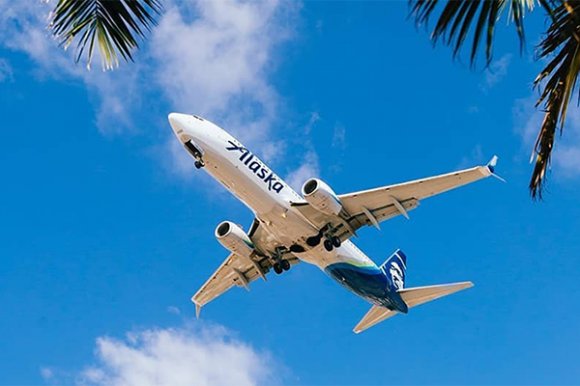 Alaska Airlines is adding three destinations to its network from San Diego (SAN), including the airport’s first nonstop route to Cancun (CUN) in more than a decade.

The airline will begin seasonal service to the Mexican holiday resort from Nov. 20, operating 4X-weekly through April 12, 2021.

Two domestic routes are also being added, linking the Californian city with Fort Lauderdale/Hollywood (FLL) and Missoula (MSO), Montana. The respective flights will be 4X-weekly from Nov. 21 and daily from Mar. 11, 2021.

“Our team has been in discussions with Alaska about nonstop service to Cancun for a couple of years, so I’m happy our diligent efforts are paying off,” San Diego County Regional Airport Authority president and CEO Kimberly Becker said.

“The service to Fort Lauderdale and new route to Missoula are also welcome as they provide those regions with easy access to enjoy San Diego’s many offerings or the ability for San Diegans to escape to south Florida or explore the great outdoors of western Montana.”

The winter seasonal service to CUN on board Boeing 737-800 marks the first time SAN has had nonstop service to this warm weather location in more than 10 years.

According to figures from Sabre Market Intelligence, O&D traffic between the two destinations totaled 33,528 passengers in 2019, down 20% on the previous 12 months. Cancun will become the third city in Mexico served by Alaska from SAN, alongside Puerto Vallarta and San José del Cabo.

Meanwhile, the SAN-FLL route will be the first time the airline has offered nonstop service between the destinations and will be in direct competition with JetBlue, which provided daily Airbus A320 service until the COVID-19 pandemic hit. JetBlue suspended the route in late March but will resume service next week (w/c July 27).

SAN-MSO is currently unserved and marks another first for Alaska. The route will be on board Embraer E175, and be operated by partner Horizon Air.

The new routes will connect passengers in Southern California to destinations in Florida (Fort Myers and Tampa); Hawaii (Kona and Lihue); Montana (Bozeman) and Oregon (Eugene and Medford). Service starts on Oct. 1 for the Oregon markets, and between Nov. 20 and Dec. 18 for the remaining destinations.

Alaska expects to join oneworld later this year or early 2021.