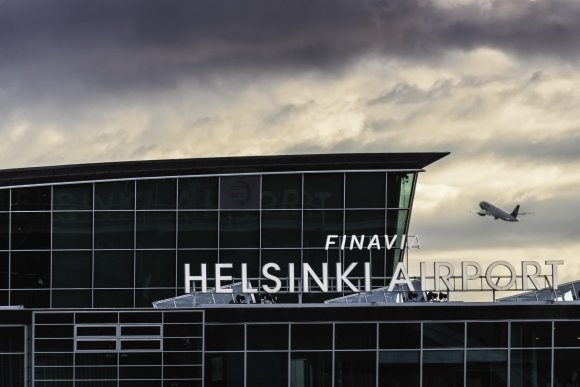 Finnair has received permission from Chinese authorities to begin operating a 1X-weekly flight as of July 23 between Helsinki (HEL) and Shanghai Pudong (PVG) on board Airbus A350-900 aircraft. Prior to the COVID-19 pandemic, the airline operated daily service to PVG, offering almost 4,200 weekly two-way seats. However, flights have been suspended since early February when travel bans to China came into force.

“The re-opening of our Shanghai route is great news for our customers and an important step for us, as China continues to play a key role in Finnair’s strategy,” Finnair CCO Ole Orvér said. The oneworld member has in recent years successfully carved out a niche connecting Europe with Asia, including secondary Chinese cities.

Finland has opened its borders for work-related travel from China but entry to Finland is still restricted for the time being pending an EU-level decision on reciprocity. The carrier’s other routes to mainland China—connecting HEL with Beijing Capital (PEK), Beijing Daxing (PKX), Guangzhou (CAN) and Nanjing (NKG)—remain suspended.

Canadian airline OWG is set to launch later this year, operating scheduled passenger routes to tourist destinations in the Caribbean. The Quebec-based start-up, owned by Nolinor Aviation, received authorization from Canada’s Minister of Transport on July 6 to begin international services. At the time it had not revealed its route network.

As reported by Airlineroute, the airline has now made eight routes available for reservation through its partner Hola Sun Holidays. The flights will connect both Montreal (YUL) and Toronto (YYZ) with four Cuban destinations: Cayo Coco (CCC), a tropical island in the Jardines del Rey chain; Holguín (HOG), a city in eastern Cuba; Santa Clara (SNU), the capital of the central Cuban province of Villa Clara; and Varadero (VRA), a popular beach resort. All services will be 1X-weekly starting in November.

From YUL, OWG will face competition on all four routes, with the strongest set to be on flights to VRA. According to data provided by OAG Schedules Analyser, Air Canada, Air Transat and Sunwing Airlines served YUL-VRA year-round in 2019. Although services are currently suspended because of the COVID-19 crisis, the latest schedules data suggests Sunwing will resume the route from next month.

KLM is adding the Saudi Arabian capital Riyadh (RUH) to its network from next month as it rejigs its flight schedule to Gulf states. The carrier will fly nonstop from Amsterdam (AMS) to RUH four times per week, with a stop in an existing Saudi destination, Dammam (DMM), on the return leg. Service will start on Sept. 28 on board Airbus A330-200, with 18 business class seats and 246 in economy.

Previously, the carrier operated AMS-DMM 5X-weekly with a stop in Oman's capital Muscat (MCT), with a AMS-DMM-MCT-DMM-AMS routing. From Aug. 3, KLM will instead fly to MCT via Abu Dhabi (AUH), with a 3X-weekly AMS-AUH-MCT-AUH-AMS routing. The changes mean the SkyTeam alliance member will serve seven destinations in the Middle East.