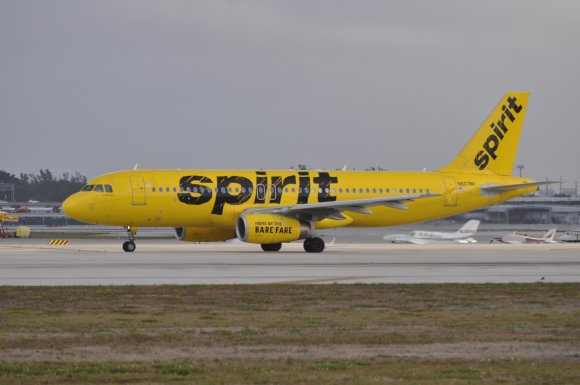 South Florida-based Spirit Airlines expects scheduled capacity to be down by 32% year-on-year during the third quarter of 2020.

The ULCC estimates its capacity for July, August, and September will be down approximately 18%, 35%, and 45% respectively, compared to the same periods last year. It warned the situation “remains very fluid” and further capacity adjustments may occur.

According to OAG Schedules Analyser data, the carrier offered 11 million seats during Q3 2019 across 60,400 flights.

Details of Spirit’s planned Q3 2020 capacity came as the airline published its financial results for the three months to the end of June. Total operating revenue totaled $138.5 million—an 86.3% year-on-year reduction—while adjusted operating expenses were $480.8 million, down 43.3%.

However, CEO Ted Christie said the airline was “encouraged” by the results, believing they “illustrate that when leisure travel demand rebounds and stabilizes, our leading low-cost structure positions us well to be among the first to return to profitability.”

He added: “We increased our schedule in June as a result of encouraging, albeit tenuous, signs of demand improving. This worked out well for us. The favorable dynamics of our low-cost structure, a slight rebound in demand for June, and an uptick in forward bookings for July resulted in favorable cash dynamics for the month of June.

“In fact, if you exclude an early principal payment of nearly $50 million related to our aircraft deferral agreement and extension of our pre-delivery deposit facility, on an average daily cash basis, we were break-even for the month of June.”

Spirit’s second-quarter capacity was down 83.2% compared with the same period in 2019. However, the airline said that load factors increased from 17.9% in April to 79.1% in June, in part because of network adjustments.