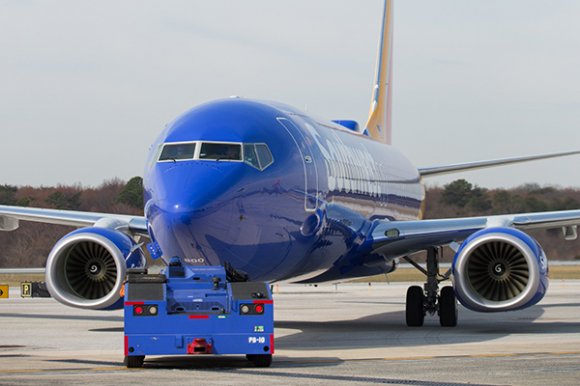 A sudden reversal in incrementally positive demand trends will force Southwest Airlines to scale back its 2020 capacity plans, but executives are confident that the headwinds will not force it to cut staff beyond what voluntary programs will accomplish.

“Over the past several weeks, we’ve seen our net bookings decline 10-15 points year-over-year versus what we were seeing coming to [July], which is a pretty significant change ... very abrupt,” Southwest president Tom Nealon told analysts during the Dallas-based carrier’s July 23 second quarter (Q2) earnings call. July revenues are projected to be down 70-75% with a load factor in the 40-45% range.

“The trends are similar in August,” he added. “Demand is much softer than we anticipated.”

Southwest is projecting a 70-80% year-over-year revenue decline in August on load factors in the 30-40% range. Capacity is currently projected to be down 20%.

“We clearly have more work to do to bring our August capacity down further,” Nealon said.

September is not shaping up to offer any relief. “The demand environment that we’re seeing in August is carrying over into September, and demand for fall travel has slowed considerably over the past several weeks as well,” Nealon said.

The original September schedule was down just 10-15% from 2019. A recent revision shaved off about 10 more points.

“So September’s current public schedule is down roughly 20% to 25% year-over-year,” Nealon said. “But again, given the demand environment, we intend to be more aggressive in reducing the September schedule.”

Like the rest of the industry, Southwest is suffering from business travel demand that is barely perceptible. Q2 business-travel revenue was down more than 90%, and Nealon offered little reason to expect a near-term reversal.

“We’ve had a lot of discussions with corporate travel managers, and we have been hearing some pretty cautious optimism about travel resuming back in the third and fourth quarters, but certainly, with the recent spike in COVID cases, that is far from what’s going to happen,” he said. “It’s going to be much lower than we thought.”

While Southwest was planning for a steeper climb as traffic recovers from the novel coronavirus pandemic’s Q2 trough, it also sought to maximize flexibility. Its voluntary leave and separation programs have been adopted by nearly 17,000 employees, or 27% of the workforce. Seven percent, or 4,400, are separations, and the rest are on leaves that extend up to 18 months. More than 2,300 pilots opted into one of the programs, representing about 25% of the total.

The moves have set Southwest up to be 25% smaller by year-end than it was at the end of 2019, which may be enough to avoid more drastic measures.

“While we have a plan for pay cuts, benefit cuts, furloughs and layoffs, we do not intend to pursue any of those, at least through the end of this year,” CEO Gary Kelly said. “We have plans and ideas about what we would pursue if we’re faced with that prospect. But right now, obviously, we’re working very hard to avoid it.”

Southwest posted an adjusted Q2 net loss of $915 million, or $1.5 billion excluding special items; in Q2 2019, Southwest reported a $751 million net profit. Operating revenues of $1 billion were down 82% from $5.9 billion a year ago. The carrier said it ended June with $15.5 billion in liquidity.

The carrier ended the quarter with 737 aircraft in its fleet, all 737s, after returning five leased 737-700s. About 100 were in short- or long-term storage, including all 34 MAXs pulled out of service March 2019 as part of the fleet’s global grounding.

Southwest is negotiating delivery schedules with Boeing, staying noncommittal as long as possible to help align its fleet with demand. It remains committed to the MAX, however, and has not canceled any orders. The carrier has 249 MAXs on firm order, plus the 34 in its fleet.