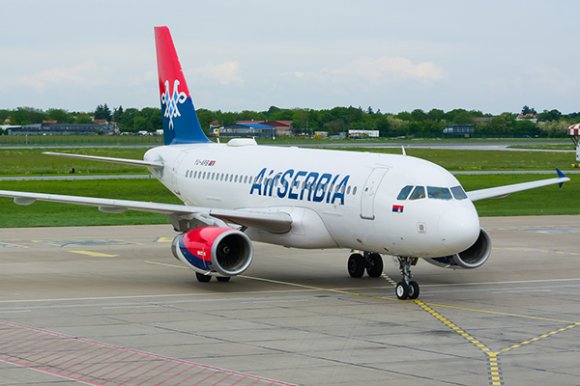 Compared with 2019, KLM's European network is virtually at its pre-COVID-19 level in terms of number of destinations. Between August and October 2019, KLM offered 92 European destinations. However, the number of flights still lags far behind 2019 levels. This August there will be about 10,000 KLM flights, and then 13,500 in September and more than 11,000 in October.

The intercontinental network is still slightly behind compared to last year, when 69 destinations were offered between August and October. Currently, one third of intercontinental flights only carry cargo.

Lufthansa is adding two Canary Island destinations from Frankfurt (FRA). Starting Oct. 3, the airline will fly to Tenerife (TFS) and Gran Canaria (LPA). Service will be operated on Saturdays and Sundays with Airbus A320 aircraft.

“Aside from the existing expertise in the corporate sectors, the Lufthansa Group's goal is to increase the tourism footprint in the private travel segment in the long term and to actively shape the future of tourism,” the Star Alliance member said.

Air New Zealand has increased its domestic schedule for August to 70% of pre-COVID-19 levels.

The airline had planned to operate around 55% of its usual domestic capacity during August.

“As a result of demand, we’ve added or upgauged more than 400 one-way flights in August,” he said.

“This includes operating an additional 408 one-way flights and 18 flights which have been upgauged to a larger aircraft.”

Finnair expects to be operating about 50% of fights in September, compared with the same month last year. This is up from 25% in July.

However, Finland’s flag-carrier said the “outlook remains unclear” given the “uncertainties relating to COVID-19 development and lifting of travel restrictions.”

CEO Topi Manner said: “In Europe and in Asia, countries are slowly opening their borders and lifting travel restrictions.

“Finnair has started to operate a more meaningful network of routes and we will keep adding flights gradually and flexibly according to demand as the year progresses depending, however, on the pandemic development and lifting of travel restrictions.”

The airline has pushed back the resumption of flights to Rome (FCO), Milan (MXP) and Bucharest (OTP) from Aug. 1 to Aug. 16. Service to Brussels (BRU) will return on Aug. 27 and Venice (VCE) on Aug. 31, while flights to Moscow Sheremetyevo (SVO) and Tel Aviv (TLV) that had been planned to recommence in August have now been moved to Sept. 1.

However, routes to Kyiv (IEV), Madrid (MAD) and Nice (NCE) will be suspended until next summer.

Alaska Airlines has confirmed it hopes to join the oneworld alliance before the end of the year. Regional subsidiary Horizon Air, as well as its regional partner SkyWest Airlines, will also join as oneworld affiliate members at the same time.

The carrier's intention to become a  member was first announced in February, when it unveiled plans to form a US West Coast alliance with American Airlines.

“Oneworld will open up a tremendous international network for our business and leisure travellers when they’re ready to start flying overseas again, in addition to greater connectivity around the U.S. through our network for international visitors,” Alaska Airlines’ Chairman and CEO Brad Tilden said.

“We’re eager to build deeper ties with the six oneworld members we already cooperate with, and looking forward to working with new partners that are some of the best airlines in the world.

Luxair, the flag carrier of Luxembourg, will begin a 2X-weekly service to Budapest (BUD) from Aug. 10 until Oct. 23.  Balázs Bogáts, head of airline development at BUD, said: “Despite the pandemic situation it is promising to see that new airlines realise the opportunities here at Budapest and will become part of the journey to strengthen the market.”