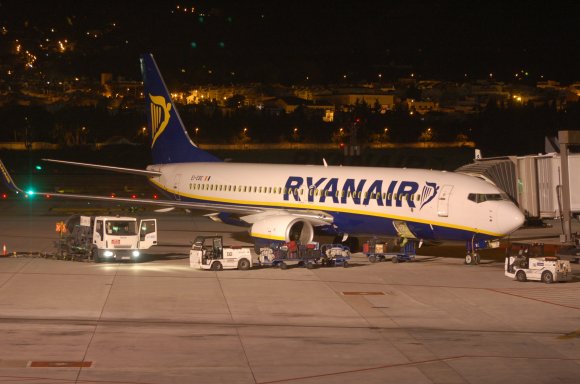 Europe’s largest LCC Ryanair has warned that more bases are likely to close unless pay cuts can be agreed with staff.

The airline last week confirmed that Frankfurt Hahn (HHN) would shut by Nov. 1 after German pilots voted to reject a new pay agreement, with Berlin Tegel (TXL) and Weeze Airport (NRN) near Dusseldorf also set to close before the start of the winter season. Subsidiary Lauda is also axing its hub in Stuttgart (STR).

Speaking following the release of Ryanair’s first quarter financial results, group CEO Michael O’Leary cautioned that bases in Spain and Italy are at risk if pay negotiations continue to drag. Ryanair currently has 10 bases in Spain and 13 in Italy.

“In Ryanair, we’ve been unsuccessful in persuading German pilots to agree to pay cuts, so we’ve announced the closure of Berlin Tegel, Dusseldorf Weeze and Frankfurt Hahn at the end of the summer schedule, and Lauda is closing its Stuttgart base,” O’Leary said.

“We’re also looking at some base closures in Spain, where the unions have not yet agreed to the pay cuts we need, and I think there’s a real risk to some of the regional bases in Italy.”

O’Leary said base closures in Italy were “inevitable,” blaming the slow pace of negotiations with unions, as well as the Italian government for “trying to impose Alitalia’s pay rates and abysmal productivity on other airlines and airports within the sector.”

Ryanair resumed flying across the majority of its route network from July 1 following a hiatus of more than three months because of the COVID-19 crisis. It expects to operate about 40% of its normal July schedule, rising to 60% in August and as much as 70% in September.

The carrier also plans to maintain flights between the UK and Spain, despite the British government’s sudden decision to impose a 14-day quarantine on visitors returning from the country after July 26.

The UK government has advised against all non-essential travel to the Spanish mainland due to recent coronavirus outbreaks. TUI has opted to cancel all holidays to mainland Spain up to Aug. 9 but flights to the Balearic and Canary Islands will continue.

Ryanair reported a pre-tax loss tax of €210 million ($245 million) for the three months to the end of June, compared with a profit of €262.3 million for the same period a year ago. Revenues plunged 95% to €125.2 million during the “most challenging” quarter in the LCC's 35-year history.

The group has forecast that traffic for the financial year to the end of March 2021 will be in the region of 60 million passengers—a 60% decrease on the previous 12 months.

Despite the challenges, Ryanair expects to take delivery of its first Boeing 737 Max aircraft before the end of 2020 and could potentially have 40 in its fleet by summer 2021.

The airline said it remains committed to the MAX, which has been grounded since March 2019 following the Ethiopian Airlines crash.