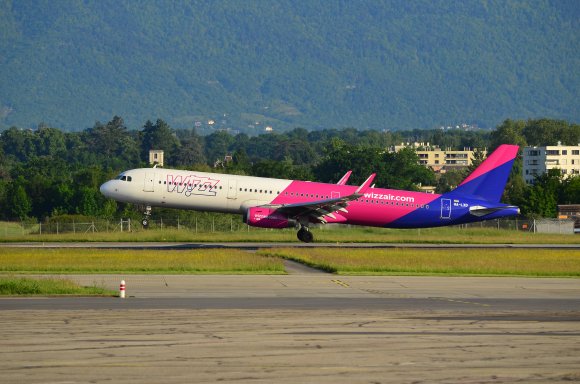 Hungarian carrier Wizz Air has stationed a third Airbus A320 aircraft at Bulgaria’s Varna Airport (VAR) that will support the launch of nine new routes.

The additions mean Wizz will serve 21 routes to 12 countries from the Bulgarian coastal city.

“The wide selection of 21 year-round routes from Varna Airport at attractive prices opens up exceptional opportunities not only for lovers of travel to beautiful European cities known for their cultural richness, but also for all Bulgarians who work, study or live outside Bulgaria,” Fraport Bulgaria CEO Ulrich Heppe said. The German-Bulgarian airport operator is 60%-owned by Frankfurt-based Fraport.

Wizz operated its first flight from VAR in 2007 and has since grown to become the airport’s largest carrier, offering almost 250,000 departure seats in 2019. Data provided by OAG Schedules Analyser shows this was nearly 60,000 more than Bulgaria Air in second place.

The expansion comes a year after the ULCC stationed a second A320 at VAR and launched six routes.

VAR has been slowly rebuilding its network as coronavirus-related travel restrictions continue to be relaxed. The number of flights increased by 47% in the first two weeks of July—from 156 aircraft movements in the first week of the month to 230 takeoffs and landings the following week.

Meanwhile, Wizz has confirmed the easing of coronavirus-related restrictions will enable to resumption of its routes between the UK and Russia. Flights operated by Wizz's British AOC from London Stansted (STN) to St Petersburg’s Pulkovo Airport (LED) and Moscow Vnukovo (VKO) will restart on Aug. 15. STN-LED will be 1X-weekly on Wednesdays and STN-VKO will be 2X-weekly on Tuesdays and Saturdays.

“We are the sole British carrier connecting the UK to St Petersburg and are proud to provide genuinely unique travel opportunities to our UK customers.”

In June, Wizz announced plans to open its first base in Russia at LED. The ULCC will station one A320 at the airport from Sept. 1.