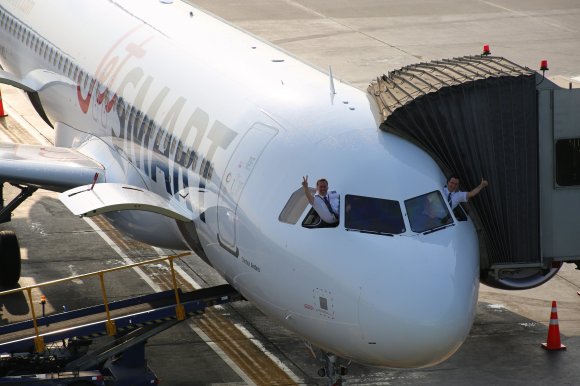 Chilean ULCC JetSMART is exploring the potential of opening routes to Uruguay.

The company’s management team has held talks with Luis Alberto Heber, Uruguay’s Minister of Transport and Public Works, about starting commercial operations in the country.

The discussions were led by JetSMART CEO Eduardo Ortiz and airport development director Friederike Krebbers alongside representatives from Carrasco International Airport (MVD) in Montevideo, the main international gateway to Uruguay.

A statement from Uruguay’s Ministry of Transport and Public Works said it was “in the national government's interest” for JetSMART to begin operations in the country, with further talks planned to advance the negotiations and “find mechanisms that will allow this initiative to crystalize.”

According to data provided by OAG Schedules Analyser, there were 219,000 low-cost departure seats in Uruguay during 2019, equating to 16% of total capacity. Brazil’s GOL Linhas Aereas was the largest LCC with 161,148 available departure seats.

Although details of the potential routes JetSMART plans to serve are being kept under wraps, there were 318,918 two-way seats between Chile and Uruguay in 2019 across 1,868 flights.

Sabre Market Intelligence data shows that MVD-SCL was unsurprisingly the largest market pair in 2019, with O&D traffic of 166,385 passengers. However, all scheduled flights between the two countries remain suspended because of the COVID-19 pandemic.

The proposed expansion to Uruguay comes less than two weeks after JetSMART confirmed plans to launch an airline in Peru that will operate domestic and international routes.

The process to obtain an air operator certificate is already underway and the carrier hopes to begin domestic flights in Peru during the first half of 2021. Services to other South American countries and the Caribbean are also being considered.

Speaking earlier in July, JetSMART's Ortiz said the coronavirus crisis has led the airline to “adapt and modify,” providing an “opportunity to innovate and explore new businesses that we did not consider.”