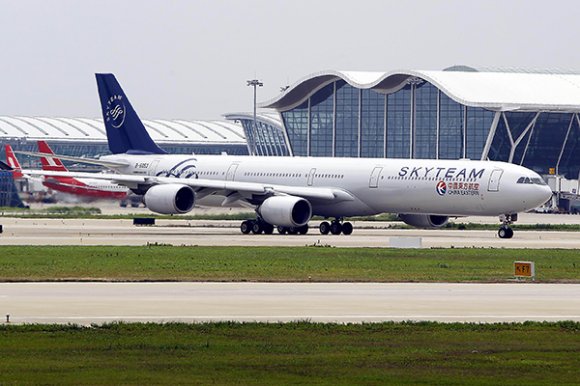 SkyTeam alliance member China Eastern Airlines has opened a new base at Xiamen Gaoqi International Airport (XMN) where it plans to station 40 aircraft by 2025.

The airline said the launch of the base is an “important pillar” of its ongoing route development strategy and would help to transform Xiamen into a “world-class” economic zone.

Xiamen is located in the southeast Fujian Province, beside the Taiwan Strait. It has a population of more than 3.5 million people and is home to an array of tourist attractions, including the UNESCO World Cultural Heritage Site of Gulangyu Island.

Following the launch of the base, China Eastern plans to increase frequency on services between XMN and Beijing (PEK), Kunming (KMG), Shanghai (PVG & SHA) and Xi’an (XIY), as well as expanding services to Japan, South Korea, Southeast Asia and Taiwan.

Future plans including opening air services to Europe and the US from XMN “in due course.”

In June, China Eastern signed a strategic cooperation agreement with Xiamen Xiangye Group to work together to strengthen connectivity in the region and better promote China’s "Belt and Road" initiative.

Of the 16 routes flown by China Eastern from the airport in 2019, all were domestic, with the biggest route by capacity connecting the city with Shanghai Hongqiao (SHA). Nanjing (NKG) and Changzhou (CZX) completed the top three destinations served by the Shanghai-based airline from XMN.

China Eastern’s decision to open a base in Xiamen comes as work continues on the development of Xiamen Xiang'an International Airport, which is slated to open in 2023. Once operational, it will replace the current XMN and take its IATA code.