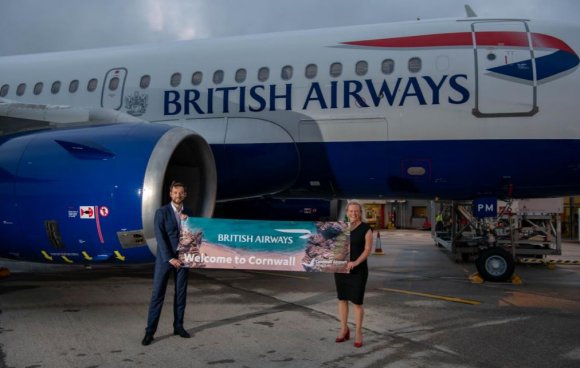 Air Senegal is expanding its European network next month with the launch of flights from Senegal’s capital Dakar to World Routes 2021 host Milan. As reported by Airlineroute, the airline will initially operate nonstop between Dakar (DSS) and Milan Malpensa (MXP) on a scheduled charter basis on various dates from Aug. 8. This will switch to a 4X-weekly scheduled service from mid-September. Flights will be on board Airbus A319 aircraft.

The carrier launched flights to Barcelona (BCN) and Marseille (MRS) in December 2019, taking its European network to three destinations; in addition to its existing service to Paris Charles de Gaulle (CDG). In February, the airline also announced plans for further European expansion with flights to London Stansted (STN) and Geneva (GVA).

Although all European services are suspended because of the COVID-19 pandemic—and the planned launches of STN and GVA are on hold—flights to BCN, CDG and MRS will resume in August, alongside the new MXP route.

With the launch of DSS-MXP, Air Senegal will be seeking to exploit a gap in the market following the demise of Air Italy earlier this year, which had operated the route 4X-weekly. However, Italian carrier Neos has this month started service between the destinations, initially 1X-weekly, rising to 2X-weekly in August.

The route restores NQY’s link with the UK capital following an absence of service as a result of regional carrier Flybe’s insolvency. Flybe had provided an LHR-NQY link since March 2019, having switched its government-subsidized service from London Gatwick (LGW). NQY has been without a nonstop connection to London since March when Flybe folded.

“It was a big loss for the airport when Flybe collapsed as they had built up a strong market on their multi-daily service into London Heathrow following the switch from London Gatwick last year,” said NQY MD Pete Downes (pictured above with NQY marketing and business development manager Amy Smith).

“With people now looking to take a long-overdue summer break, this is the perfect time for British Airways to introduce its brand to the service.”

Jazeera Airways will start operating a new service to the touristic destination of Trabzon in Turkey starting from Aug. 3, beginning with two return flights per week every Monday and Friday. The launch comes two days after the Kuwaiti hybrid carrier plans to resume flight operations after a four-month suspension of flights because of the coronavirus outbreak.

With the new service, the airline will be operating 11 flights per week to four airports in Turkey, namely Istanbul International (IST), Istanbul Sabiha Gokcen International (SAW), Milas-Bodrum (BJV) and Trabzon Airport (TZX). It will compete with national carriers Kuwait Airways and Turkish Airlines on the Kuwait City (KWI)-TZX route.

Trabzon is located in the north east of the country and overlooks the Black Sea. The city is known for its historical landmarks, including the Hagia Sophia, Trabzon Castle and Fatih Mosque. According to data provided by Sabre Market Intelligence, O&D traffic between Trabzon and Kuwait was largely flat at almost 52,000 two-way passengers.