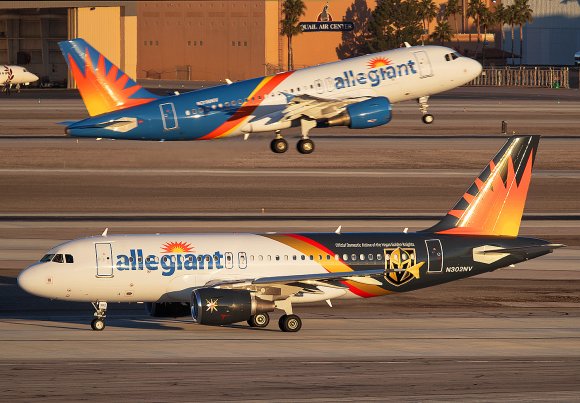 Despite posting a $95 million net loss in the April-June period, Las Vegas-based ULCC Allegiant Air outperformed other US airlines across a range of key metrics, highlighting the strengths of its unique business model.

Allegiant's management attributed the airline's relative success in the pandemic-impacted second quarter (Q2) to the company's domestic leisure focus and highly-flexible flying schedule, which enables it to add or cut capacity on short-notice in response to fluctuating demand levels across its network.

Allegiant operated more than 50% of its overall Q2 schedule—more than any other US carrier—and load factors averaged around 50% during the period, indicating substantial improvement off April’s lows. The airline’s 6% share of total domestic passengers carried during the three-month period was triple the 2% it normally captures, which Allegiant CEO Maurice Gallagher called “an astonishing result.”

“Our model was built around flexing capacity up and down to meet differing seasonal demand levels,” Gallagher said. “This quarter proved to be the ultimate test of the model, and I believe our second quarter results highlight its inherent strength.”

Nevertheless, the carrier is still affected by the significant demand drop in US air travel: Allegiant will furlough 275 pilots in October.

The leisure carrier notified pilots of the furloughs following a breakdown in negotiations with the International Brotherhood of Teamsters union over a proposal to reduce labor costs. The airline's highly-seasonal schedule normally drops off by half between July and September, and with softening forward bookings due to rising COVID-19 cases across the US, management is bracing for an especially weak off-peak season this fall.

The 275 pilot furloughs will come in addition to 220 corporate and support employees that have either already been let go or face furloughs on October 1, in line with job protection provisions included in the CARES Act. Management says driving down labor costs will be key to its goal of achieving breakeven cash burn by year end.

“Our focus continues to be on driving down labor costs and improving productivity—doing more with less employees in all aspects of the organization,” Allegiant chief operating officer Scott Sheldon said on the travel company’s Q2 earnings call July 30.

Allegiant accelerated retirement of seven A320ceos due to the demand slowdown, with five expected to exit by year end. The company expects to end the year with 93 aircraft in its all-A320 fleet, compared to 91 jets at the start of 2020, with the retirements offset by new acquisitions, including five used A320s in the year’s second half. Management has repeatedly talked about buying up used jets at attractive prices as a result of the pandemic-induced downturn.

“Should we see improvements in passenger demand, our fleet planning team has identified several aircraft in the used market that would be a good fit for our fleet moving forward,” Allegiant CFO Greg Anderson said.

Allegiant’s Q2 daily cash burn averaged $900,000, and management expects that amount to tick up to $1 million in Q3 due to the weakened outlook. Total liquidity stood at $631 million as of June 30, and the company has the option to accept a loan from the Treasury Department worth up to $276 million.