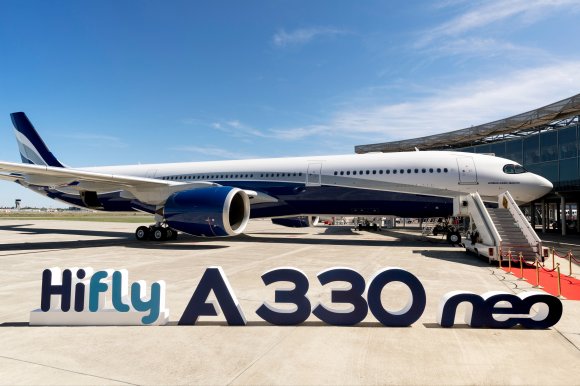 Indian LCC SpiceJet has secured slots at London Heathrow (LHR), which will allow the airline to commence flight services to the UK from next month.

In a regulatory filing to Mumbai bourse BSE, the Gurugram-based airline said the approval would enable it to begin operations from Sept. 1. The award of slots comes less than two weeks after it was given designated carrier status by the Indian government to serve the UK and the US.

Flights to LHR will be carried out under a "bubble" arrangement between India and the UK, effective up to end of the summer schedule on Oct. 23. However, SpiceJet said it was “in advance discussion” to secure winter schedule slots to offer regular service.

“London is one of the busiest long-haul destinations from India and this is a huge milestone for SpiceJet,” chairman and MD Ajay Singh said.

“Providing non-stop connectivity from India to different parts of the world, which in turn strengthens our own airport hubs, is a dream that we have long cherished and this is a small step in that direction.

“The identical arrival/departure slots that we have secured at Heathrow should suit the convenience of our passengers perfectly.”

SpiceJet operates a fleet of Boeing 737s and De Havilland Canada Dash 8s, according to CAPA Fleet Database, but it understood to have taken an Airbus A330neo on wet lease from Portuguese charter company Hifly in order to operate medium- and long-haul flights.

The LCC’s planned launch of services to the UK will fill a gap in the market created by the grounding of Jet Airways and collapse of Thomas Cook.

Prior to Jet suspending operations in April 2019, the airline operated flights Mumbai (BOM) to LHR and Manchester (MAN), and between Delhi (DEL) and LHR. Thomas Cook also provided leisure routes to Goa (GOI) from London Gatwick (LGW) and MAN until its failure in September 2019.

The exit of Jet and Thomas Cook from India-UK routes left British Airways (BA), Air India, TUI Airways and Virgin Atlantic as the only operators of nonstop flights between the two countries.

Most India-UK routes were suspended earlier this year because of the COVID-19 pandemic, but Air India is this week (w/c Aug. 3) operating a 3X-weekly DEL-LHR service alongside 2X-weekly BOM-LHR flights. Bengaluru (BLR)-LHR will resume next week, operating 1X-weekly.