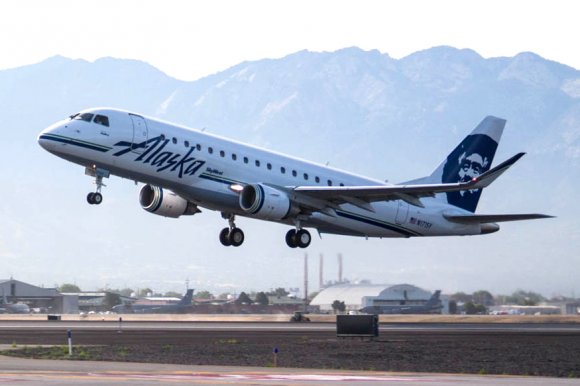 SkyWest Airlines, the US's biggest regional airline, finds itself in a stronger financial state than its mainline partners and is extending a variety of concessions to them, including waiving contract minimums, temporary rate reductions and deferring certain payments when possible.

While the COVID-19 pandemic has hit some smaller regional players in the US quite hard, Utah-based SkyWest's size, suite of contracts with major airlines and operational reliability has held it in good stead during the crisis.

“We need to stand ready to do whatever we need to provide [relief] for our partners given the dynamic environment that we're in, and we're going to continue to exercise that philosophy over the fall and into the winter months,” SkyWest president and CEO Chip Childs said.

The airline is accelerating its transition away from 50-seat Bombardier CRJ-200s, as it looks to replace them with 76-seat Embraer E175s, which are currently in higher demand by major airlines.

SkyWest now plans to have 213 E175s by 2022, up from 156 expected at year end, CCO Wade Steel said on the company’s 2020 second quarter earnings call. Meanwhile, the airline’s CRJ-200 fleet will be reduced by 70 aircraft before 2021, down from 200 currently, with further retirements expected in the coming years.

The airline had 471 aircraft in its mixed fleet of Bombardier and Embraer regional jets as of June 30, and plans to have 450 aircraft at year end, with the addition of several dozen E175s offset by the removal of 70 CRJ-200s, including 55 CRJs that are scheduled to expire under its contract with Delta Air Lines.

“A nice silver lining in this crisis is that it has resulted in an accelerated improvement of our fleet mix,” Childs said. “Undoubtedly, the next several months will be turbulent. But as demand returns, we are confident our fleet will continue to fill a critical role in the return to travel.”

The shift toward the E175 come as many airlines are looking to reduce their operations on 50-seat jets while demand remains depressed by the pandemic. While SkyWest plans for total block hours to decline between 40% and 45% in Q3 as a result of recent schedule cuts, its E175 fleet will only see a 10% block hour reduction, according to Childs. “The E175 is clearly the aircraft of choice in the regional sector,” Cowen analyst Helane Becker wrote in a recent client note.

SkyWest posted a net loss of $26 million in Q2, a far better result than any US mainline carrier, aided by the fact that 45% of its revenue comes in the form of fixed payments from contracts with major airlines.

SkyWest improved cash burn to $500,000 per day from $1 million at the start of the crisis, on a 41% reduction in operating expenses. With $762 million in liquidity as of June 30, the company has enough cash to ride out an extended downturn, according to Becker.