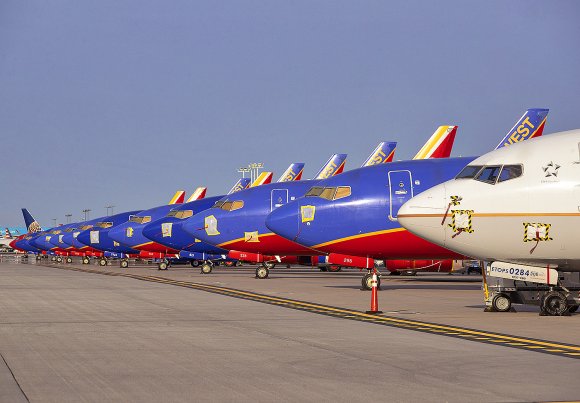 Sixteen Republican US Senators signed onto a letter urging the chamber’s leadership to extend the CARES Act Payroll Support Program (PSP) until March 2021, signaling growing bipartisan consensus that more aid will be needed to avert mass layoffs this fall.

The letter comes as Congressional leaders and the Trump Administration negotiate toward a successor to the CARES Act, which authorized airline payroll support until September 30, and barred them from laying off employees during that period. But with US air travel still just 25-30% of last year’s level, labor unions have led a push to extend the program through March 31, 2021, by which point they hope travel demand will have recovered enough to reduce the scope of job losses.

“In recent weeks, several airlines have notified significant segments of their workforces that their jobs could be at risk on October 1,” wrote the lawmakers, led by Sen. Cory Gardner (R-Colorado). “We support a clean extension of payroll support for passenger air carrier employees included in the CARES Act to avoid furloughs and further support those workers.”

The effort marks the first time Republican lawmakers in the Senate have publicly backed the proposal, significantly boosting its prospects in the upper chamber. In the House, 223 lawmakers comprising a slight majority signed onto a similar letter urging a PSP extension last week.

While the push to extend the PSP was initially dominated by labor unions, airline executives have assumed an increasingly visible role in recent weeks. Southwest Airlines president and CEO Gary Kelly said on a recent video posted to the Dallas-based carrier’s website that he is “personally involved” in lobbying federal leaders to extend the aid, adding that those efforts are in “in lockstep” with Airlines for America (A4A). Kelly also said Southwest is pushing for other priorities related to commercial aviation to be included in the legislation, such as measures to incentivize air travel, a ticket tax holiday extension and emergency grant funding for airports.

A4A spokesman Carter Yang said of the proposal: “We understand that a clean extension of the payroll support funding has been raised as part of negotiations with the White House, and we fully support an extension of the PSP with no new conditions placed upon it through March 31.”

Airlines have warned more than 75,000 employees about possible furloughs on October 1, with workers at American Airlines and United Airlines accounting for roughly 80% of the total.

Southwest is the only large carrier that has committed to avoid furloughs or pay rate cuts through year end. Alaska Airlines and JetBlue Airways have separately cut deals with their pilot unions to avoid involuntary furloughs until March 2021.