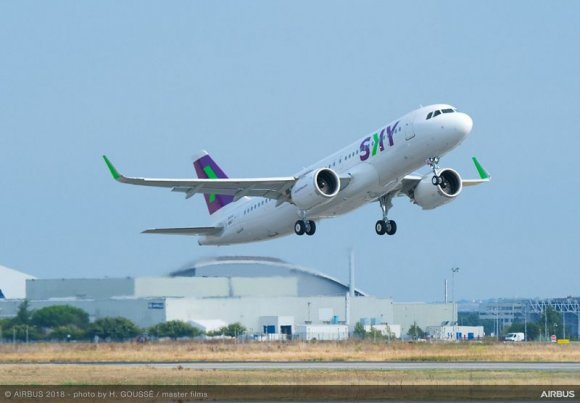 Sky Airline is pushing ahead with plans to expand its international network from Peru despite lower passenger demand as a result of the COVID-19 crisis.

The Chilean carrier has applied to the US Department of Transportation (DOT) for a foreign air carrier permit to operate schedule service between Peru and Fort Lauderdale (FLL) and Miami (MIA), as well as a permit to offer charter flights between Peru and the US.

If the DOT gives the green light to the plans, the airline intends to begin service from Lima’s Jorge Chávez International (LIM) during the first half of 2021, using an Airbus A320neo with 186 seats in an all economy class configuration. It said service would “initially entail seven weekly roundtrip frequencies.”

“There is ample access by US air carriers to the US-Peru market, with no fewer than five US air carriers providing scheduled air services to Lima, Peru, prior to the onset of the COVID-19 pandemic,” Sky Airline’s application added.

“A grant would bring online a new low-cost Peru travel option on a nonstop basis for US citizens and residents residing in South Florida, which is squarely in the public interest.”

Sky received a Peruvian air operator certificate in February 2019 and began domestic operations in April. Before the pandemic, the airline offered 10 routes within Peru and had grown to become the second-largest player in the country’s domestic market.

Speaking in February at Routes Americas 2020 in Indianapolis, Sky Airline’s strategic planning senior manager Jose Manuel Mino indicated that routes between Peru and the US were under consideration.

“We have consolidated the domestic market, so our next plans are for international expansion,” he said. “Two years ago, we were an airline highly focused on our Chilean operations, with some international destinations.

“But by 2021, we’ll have operating bases in two countries—Chile and Peru—each with very solid domestic networks and a much wider array of international destinations.”

Sky Airline suspended flights from Chile and Peru in March as the coronavirus crisis deepened but has been gradually rebuilding its network in recent weeks. The airline expects to reach 50% of pre-COVID-19 capacity by December 2020 and 80% by December 2021.

Before the onset of the virus, seven airlines operated flights between Peru and the US, with LATAM Airlines Group accounting for 44% of all seat capacity between the countries. New York-based JetBlue and Florida-based Spirit Airlines operated FLL-LIM flights, while American Airlines, Avianca and LATAM flew between MIA and LIM.