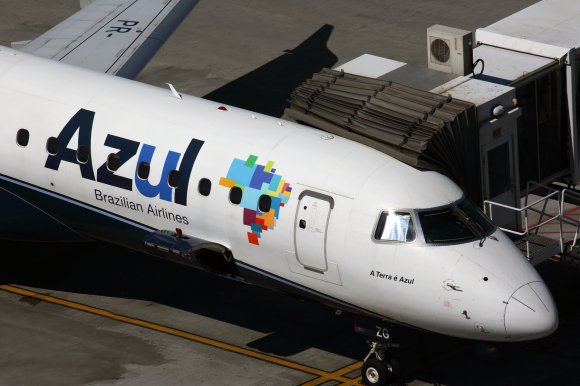 The first codeshare routes being launched by Azul Brazilian Airlines and LATAM Airlines Brazil will begin this month, with the initial stage of the agreement covering 35 domestic services.

“With the capillarity of our network, the strength of our hubs and the connections with LATAM flights, I am sure that we will build a codeshare together that will offer incomparable benefits for customers,” Shah added.

The first phase of the codeshare will focus on flights from Brasília (BSB), Belo Horizonte (CNF), Recife (REC), and Campinas (VCP), followed by Porto Alegre (POA), Curitiba (CWB) and São Paulo Guarulhos (GRU) during the second phase. All routes included in the codeshare are nonoverlapping.

“It is more proof that we are looking to the future and creating new connectivity with more convenience and practicality for the Brazilian passenger to travel, check-in, check baggage and connect to more destinations with just one air ticket in hand.”

In July, LATAM’s Brazilian unit followed other parts of the Chilean airline group in entering Chapter 11 bankruptcy protection but continues to operate passenger and cargo routes as normal.

The launch came as Azul announced its financial results for the second quarter of 2020, reporting a net loss of 2.936 billion reais ($540 million) as capacity reduced by 83% year-on-year. However, CEO John Rodgerson said the airline is making “significant progress” rebuilding its network.

“We continue to slowly rebuild our network, from 70 peak daily flights in April to over 400 expected in September. Azul’s fleet has flexibility like no other airline in Brazil, and we are using this to our advantage. We have aircraft ranging from nine seats to 214 seats in domestic markets, which allows us to customize our network to the evolving demand scenario.

“We remain true to our original network strategy by being the only carrier in 85% of the routes we fly and by maximizing passenger connectivity through our main hubs in Campinas, Belo Horizonte and Recife. We are confident in the progress so far and expect this sequential growth to continue as the economy reopens.”