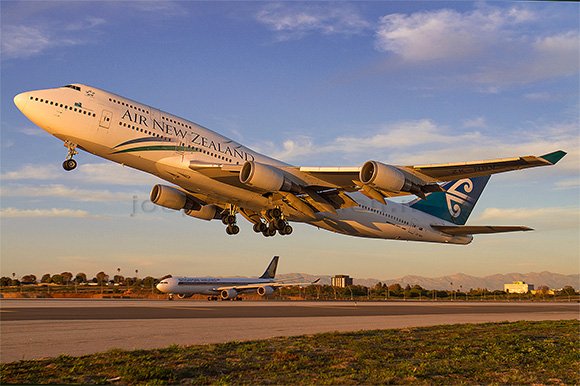 Due to Australian Government restrictions Air New Zealand has put a further hold on bookings to Australia.

“We know this is not an ideal situation for people wanting to return home to Australia and our teams are working to minimise disruption to customers as much as possible,” he added.

Air France has been given the green light from pilots on plans for low-cost unit Transavia to operate domestic routes. An agreement has been signed between Air France and Transavia's management and the SNPL Air France-Transavia, the union representing a majority of Air France pilots.

“This network has been loss-making for several years despite continuous restructuring since 2000, and is subject to strong competition faced with the constant growth of low-cost airlines and the TGV high-speed train network,” Air France-KLM Group said in a statement.

Emirates will resume passenger services to Birmingham (BHX) in the UK from Sept. 1, Cebu (CEB) in the Philippines from Aug. 20, and Houston (IAH) from Aug. 23. This will bring the airline’s network to 74 destinations.

Flights between Dubai (DXB) and BHX will operate four times a week, while flights between DXB and CEB will be 2X-weekly, utilising a Boeing 777-300ER aircraft.

The route between DXB and IAH will operate 3X-weekly onboard 777-200LR aircraft. The airline currently offers passenger services to five gateways in the US including New York (JFK), Washington (IAD), Boston (BOS), Chicago (ORD) and Los Angeles (LAX).

More routes are to return to TAP Air Portugal’s network in October, with the airline planning 666 flights on 82 routes. This will include flights to ORD and San Francisco (SFO), which will each operate 2X-weekly. The airline is also increasing frequencies to New York (JFK) to 2X-daily in September and 3X-daily in October.

With the resumptions, TAP said it would be back in all nine North American gateway cities. The carrier has already returned 86% of its European destinations to its network, while 88% of its routes in North Africa, Cape Verde and Morocco will return in October.

Qatar Airways is resuming daily flights to London Gatwick (LGW) from Aug. 20. Service will be operated by Boeing 787 Dreamliner offering 22 seats in business class and 232 seats in economy.

The resumption of LGW services will see the airline’s UK operations expand to 45 weekly flights to four gateways. That comprises 3X-weekly flights to Edinburgh (EDI), 3X-daily to London Heathrow (LHR) and 2X-daily to Manchester (MAN).

“To be able to offer Gatwick passengers the opportunity to fly to Doha–a fantastic city in its own right and a gateway to destinations across Africa, Asia-Pacific, the Middle East, Australia and New Zealand–is another positive step in the recovery process,” LGW CEO Stewart Wingate said.

Dubai-based airline flydubai has announced the resumption of flights to Almaty and Nursultan in Kazakhstan. Earlier this week, the carrier also resumed flights to Dhaka, Djibouti and Kuwait, bringing the total number of operational routes on its network to 24 destinations.