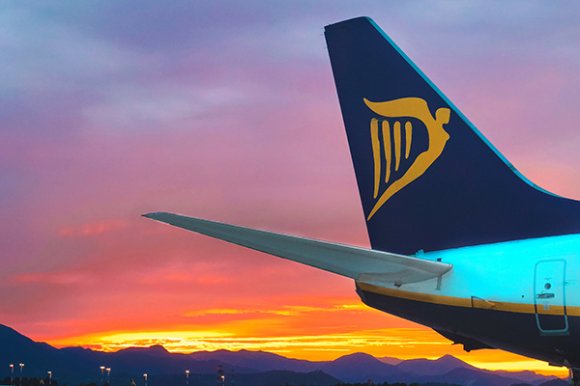 Ryanair, Europe’s largest low-cost carrier, has reduced planned flight capacity by 20% during September and October in response to waning demand.

Forward bookings have “notably weakened” over the last 10 days as more countries across Europe have introduced fresh restrictions to curb the spread of the coronavirus, the airline said in a statement.

Most of the cuts expected are frequency reductions rather than route closures, with the changes “heavily focused” on Spain as well as France and Sweden where the rising number of COVID-19 cases has led to increased travel restrictions.

Ireland, which Ryanair claimed continued to impose “uniquely restrictive” quarantine measures on many other EU countries, will also be affected.

The ULCC had planned to operate about 70% of its normal schedule in September.

“Over the past two weeks as a number of EU countries have raised travel restrictions, forward bookings, especially for business travel into September and October, have been negatively affected, and it makes sense to reduce frequencies so that we tailor our capacity to demand over the next two months,” a spokesperson for Ryanair said.

“Proper testing at airports, and effective tracing—as is being conducted in Germany and Italy—is the only realistic and proportionate method of supervising safe intra-EU air travel while effectively limiting the spread of the COVID-19 virus.”

Ryanair’s passenger traffic totaled 4.4 million in July with capacity at about 40%. The airline intended to increase flights to more than 60% of its normal schedule throughout August, operating more than 1,600 routes and in excess of 11,000 weekly flights.

The planned cuts in September and October come days after France, the Netherlands and Malta were added to the list of countries from where travelers returning to the UK will have to enter 14 days of quarantine. The list already included Spain.