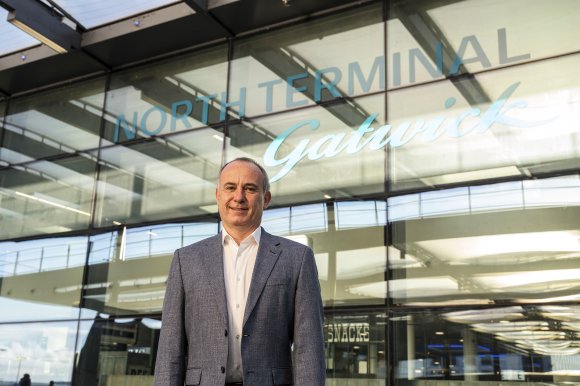 Wizz Air is to station one Airbus A321neo aircraft  from late October at London Gatwick (LGW), which becomes the ULCC's second new UK base announced in less than a week.

The expansion will allow the Hungarian carrier to launch four new routes to vacation destinations in Greece, Italy, Malta and Spain, taking the number of locations served from the London airport to 10.

The move follows details of Wizz’s intention to open its first regional UK base at Doncaster Sheffield (DSA) where it will station one A320ceo and begin seven additional routes. DSA and LGW become its second and third UK bases respectively.

Wizz started flying from LGW four years ago and since then has carried almost 1 million passengers on flights from the airport. Although the ULCC has 11 aircraft stationed at London Luton (LTN) during peak season, Wizz has long sought to expand its presence in the lucrative London market, with LGW a key target.

Until now, routes form the airport had primarily been to cities in its Central and Eastern European heartland, but the latest services mark a change in tack to grab more leisure traffic from competitors weakened by the pandemic. The new routes will connect LGW with Athens (ATH), Lanzarote (ACE), Malta (MLA) and Naples (NAP).

“London Luton has been our key airport to date, but we’ve really maxed things out there in terms of capacity,” Wizz Air UK MD Owain Jones (pictured) told Routes. “We’ve made no secret of our desire to expand at Gatwick—there’s a different catchment area for us here as we can attract passengers from the south of England and it allows us to grow in London, which is key strategic market.”

However, Wizz’s efforts to expand at LGW have so far been frustrated by the lack of available slots. In recent weeks the airline has renewed calls for “80-20 use-it-or-lose-it” airport slot rules to be reinstated, arguing that an extension to current waivers would be “anti-competitive” and hinder the recovery.

The EU relaxed normal slot restrictions rules—which require airlines to operate at least 80% of allocated slots or face losing them—in March as the COVID-19 crisis deepened. However, Wizz has accused rivals of “slot-blocking,” alleging that some carriers at LGW are seeking to retain slots “that they have no intention of operating in the near future.”

“Our ambition here is as big as the opportunity can be,” Jones said. “We haven’t got to be where we are by shying away from opportunities, but slots are an issue. We were lucky enough to be given enough slots to base an aircraft here so that gives us a foot in the door. However, what will stop that growth is slots.”

According to data provided by OAG Schedules Analyser, there are about 170,000 departure seats on offer from LGW this week (w/c Aug. 17), down from almost 600,000 a year ago. British Airways, the airport’s second largest carrier behind easyJet, is offering just 3.3% of the capacity available during the same week in 2019.

“There are a number of carriers based here that have significantly less capacity on sale for the winter or are retrenching from the airport,” Jones said. “If there continues to be an alleviation to the 80-20 slot rule throughout the winter, it will prevent other airlines from coming in, bringing back passengers and supporting the local economy.”

LGW CEO Stewart Wingate described Wizz’s plans to open a base as a “welcome indication of the positive conversations” the airport is having with new and existing airlines, providing a much-needed boost after Virgin Atlantic’s decision to consolidate operations at London Heathrow (LHR).

“We think that Wizz will definitely be an airline that will survive this crisis and will thrive in the future. It was therefore important that we partnered with them so they can continue to grow at the airport,” Wingate said.

“Although the base is initially with one aircraft, hopefully the airline will be able to secure a portfolio of slots to then really invest and drive growth at the airport. From a passenger perspective, that will then offer more competition and more choice.”

The first of Wizz’s new routes will start on Oct. 22, connecting LGW with ATH and NAP four times per week, while service to ACE and MLA will start a day later, both operating 3X-weekly. The airline’s existing routes from LGW are to Bucharest (OTP), Budapest (BUD), Cluj-Napoca (CLJ), Gdansk (GDN), Krakow (KRK) and Sofia (SOF).

The addition of the new routes, alongside the seven being launched from DSA, mean the ULCC will operate 119 routes to 69 destinations from 11 UK airports.

The new LGW and DSA bases follow on from base openings in Bacău (BCM), Dortmund (DTM), Lviv (LWO), Larnaca (LCA), Milan Malpensa (MXP), Tirana (TIA) and St Petersburg (LED), and the launch of more than 200 new routes across the entire Wizz network since April 2020.