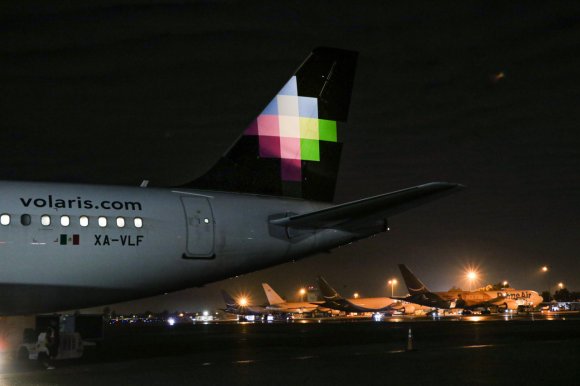 ULCC Volaris has been steadily rebuilding its point-to-point route network between Mexico and the US in recent weeks, resuming operations on almost 20 transborder services since late July. The airline’s weekly capacity between the two countries now stands at 63,000 two-way seats, just 31% fewer than during the same week in 2019, while the total number of routes being flown is only 10 down on the 55 offered this time last year.

While almost half of Volaris’ Mexico-US network is to destinations in the US from the western Mexican city of Guadalajara (GDL), the ULCC is  plotting an expansion from the country’s capital later this year. Prior to the COVID-19 pandemic, the airline served eight destinations in the US from Mexico City (MEX), with each one expected to have resumed by the end of the month.

From early November, the carrier then plans to add five new routes from MEX, four of which are to destinations in California: Volaris will link MEX with Fresno (FAT), Ontario (ONT), Sacramento (SMF) and San Jose (SJC). Flights to Houston (IAH) will also begin. All routes will operate 2X-weekly using Airbus A320s, apart from MEX-SJC which will be 3X-weekly.

The network additions mean the airline will fly from MEX to six airports in California, serving Los Angeles (LAX) and Oakland (OAK) alongside the four new routes.

The decision to launch MEX-ONT is an interesting one given Volaris already serves nearby LAX with 2X-daily flights and more than 5,200 weekly two-way seats. However, with strong competition on MEX-LAX from American Airlines, Delta Air Lines, Interjet and Viva Aerobus, ONT offers an alternative gateway to the area with no direct competition from other carriers.

In addition, although LAX is perhaps better suited for passengers wishing to visit downtown LA or the beach neighborhoods of Venice, Santa Monica, and Manhattan Beach, the downside is that the area surrounding the airport is almost always congested with traffic.

ONT is therefore seen as more accessible, particularly from eastern LA, while still giving Volaris access to the same primary catchment area of 4.7 million people. Disneyland is also about equidistant between the two airports.

The number of passengers who traveled through ONT in July totaled about 176,000, 64% lower than July 2019. However, air freight shipments increased nearly 27% compared with the same month a year ago, while nonstop passenger service to Chicago Midway (MDW) and IAH has returned this month.

The route to ONT is Volaris’ second to the airport after beginning service from GDL in 2014.

Qatar Airways is resuming daily flights from Doha (DOH) to London Gatwick (LGW) starting Aug. 20 as part of its UK network rebuild. The flights will be operated by Boeing 787 Dreamliner, with 22 seats in business class and 232 in economy. The resumption of LGW services will see the airline’s UK operations expand to 45 weekly flights to four gateways.

During the height of the pandemic, Qatar Airways Cargo operated a large number of charters and freight-only passenger aircraft to the UK to support British exporters and transport essential medical supplies and PPE to the region. That unit currently operates 8X-weekly freighter flights to LHR and London Stansted (STN). With the resumption of passenger flights to LGW, Qatar Airways Cargo will operate 74X-weekly flights to the UK, providing more than 1,400 tonnes of weekly cargo capacity each way.

Indian carrier Vistara—a joint venture between Tata Sons and Singapore Airlines—is launching its first long-haul flights later this month, with service linking Delhi (DEL) and London Heathrow (LHR). The airline has two widebody Boeing 787-9s in its fleet and will use the aircraft to launch the route. The flights are being introduced as part of a bilateral transport bubble between the UK and India and will operate 3X-weekly on Mondays, Wednesdays and Fridays between Aug. 28 and Sept. 30.

Vistara took delivery of the first of six 787-9s in March but the grounding of flights because of the COVID-19 pandemic halted its long-haul ambitions. The carrier had previously sought to launch flights to LHR but struggled to obtain slots.

"As the world starts opening up in a phased manner following an extended global lockdown, these special flights give us the privilege of facilitating travel between the two countries," Vistara's CEO Leslie Thng said. The airline is also seeking to begin similar flights to Paris and Frankfurt.