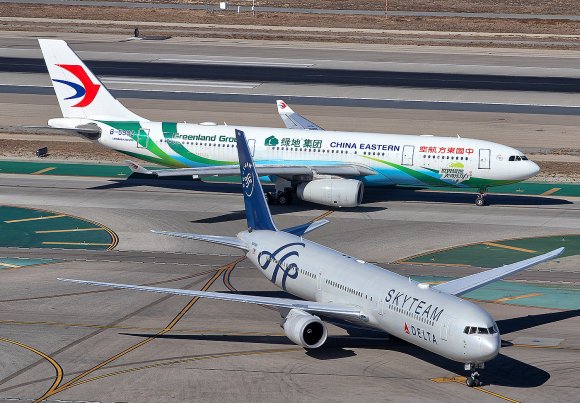 The US and China will allow each others' carriers to double current flights between the world’s largest aviation markets, according to the US Transportation Department (DOT).

The DOT has issued an order that allows the four Chinese airlines performing scheduled passenger services to the US to increase their services to eight round-trip flights per week.

United Airlines and Delta Air Lines—the only two US airlines currently flying to China—have also been permitted by the Civil Aviation Authority of China (CAAC) to increase their respective frequency of service from 2X-weekly to 4X-weekly.

“United has served mainland China for more than three decades and we look forward to continuing to connect customers traveling between the US and Shanghai with two additional flights beginning in September," United VP of International network and alliances Patrick Quayle said.

Delta is currently operating 1X-weekly flights from Seattle (SEA) and Detroit (DTW) to PVG, both of which are via ICN. It is understood the SkyTeam member is also planning to double each route to 2X-weekly.

The two US carriers resumed US-China flights in late June after a near five-month hiatus because of the COVID-19 pandemic. Prior to the outbreak of the virus, United operated more than 60 flights per week across nine routes, while Delta provided almost 40 flights across six routes.

The DOT said the US government hopes China will agree to restore full flight rights under their bilateral aviation agreement. There was a “willingness” to further “revisit our action should the Chinese aviation authorities adjust their policies to bring about the necessary improved situation for US carriers in which both they and the Chinese carriers could fully exercise their bilateral rights,” the DOT said.