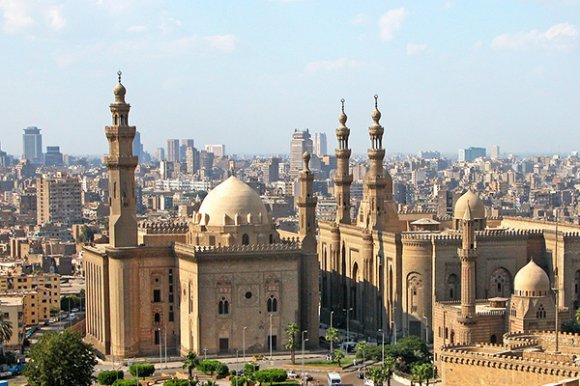 Cairo is being restored to KLM’s international passenger network after an absence of more than three years.

The SkyTeam alliance member, which last served Egypt’s capital city in early 2017, will resume operations from Sept. 9. Flights will be 2X-weekly onboard Boeing 777-200ER aircraft.

However, the resumption of Amsterdam (AMS)-Cairo (CAI) service is only temporary while the airline evaluates the viability of the route. It is currently scheduled to operate until Oct. 25.

“At the beginning of September, we will assess whether Cairo can also be added to KLM's network of destinations during the winter season,” a statement from the Netherlands’ flag-carrier said.

“KLM is slowly and carefully expanding its European and intercontinental network. KLM's first priority is to offer its customers as much choice of destinations as possible. This may be followed by an increase in the number of frequencies and/or capacity by deploying larger aircraft.”

At the time, the airline blamed “economic reasons” for the route’s suspension, saying that the “temporary” halt to flights was because of the devaluation of the Egyptian pound and the “decision of the Central Bank of Egypt to impose restrictions on the transfer of foreign currency out of Egypt.” This had “a negative impact on the results of KLM,” the carrier said.

Since 2017, KLM has therefore relied on partner Air France to carry passengers to Egypt’s capital.

France’s flag carrier currently provides a 2X-weekly service from Paris Charles de Gaulle (CDG), according to data provided by OAG Schedules Analyser. Flights had been 6X-weekly prior to the COVID-19 crisis.

KLM’s withdrawal from the AMS-CAI market left Egyptair as the sole operator of the route. Before the pandemic, the airline flew the route daily using Boeing 737-800s. Flights are currently operating 4X-weekly.