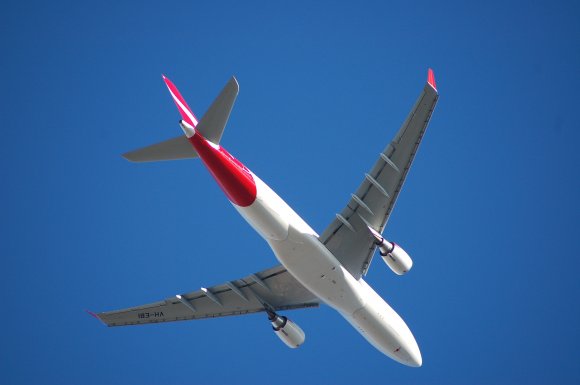 Australia’s flag-carrier Qantas does not expect to resume international flying until July 2021, according to CEO Alan Joyce.

Speaking after the airline reported a statutory loss before tax of A$2.7 billion ($1.9 billion) amid the “worst trading conditions” in its 100-year history, Joyce said that routes would be reopened country by country, depending on the spread of coronavirus infections.

However, while he expects certain countries like New Zealand to open quicker, markets such as the US will take much longer to return unless there is the wide distribution of a COVID-19 vaccine.

“International destinations are still unlikely to open until July 2021, with the possibility of an earlier restart for our trans-Tasman routes, so the majority of the group’s international fleet is expected to remain grounded,” Joyce said.

“But we are encouraged by our customers, who tell us that the intention to travel internationally still remains high.”

Qantas operated 19% of pre-COVID-19 domestic capacity in July—higher than the previously planned 17%—but the reintroduction of Australian interstate travel restrictions in recent weeks has hampered growth in the market.

“Just as we thought domestic flying was in recovery mode, we’ve been hit by another set of border closures,” Joyce said. “It shows how important it is to have a national framework for domestic borders—so that there is clarity and consistency.”

The airline expects to operate 20% of domestic capacity during August, down from the planned 32%. However, Joyce said the 20% figure to be the minimum Qantas will operate going forward.

“The outlook remains uncertain due to the intermittent border closures and it is likely that more tough decisions will have to be made,” he said.

“But we know that the intention to travel remains high so, when borders open, we expect a strong rebound in demand. And we’re seeing that in some of the interstate markets with demand for routes like Broome to Brisbane and Cairns above pre-COVID-19 levels.”

Qantas reported a A$2.7 billion statutory loss before tax in the year to June 30, mostly due to a A$1.4 billion non-cash write down of assets including the Airbus A380 fleet and A$642 million in one-off redundancy and other costs.

However, the group posted a A$124 million underlying pre-tax profit, down 91% on the prior year, reflecting a strong first half of the year followed by a “near total collapse in travel demand” and an A$4 billion drop in revenue during the second half.