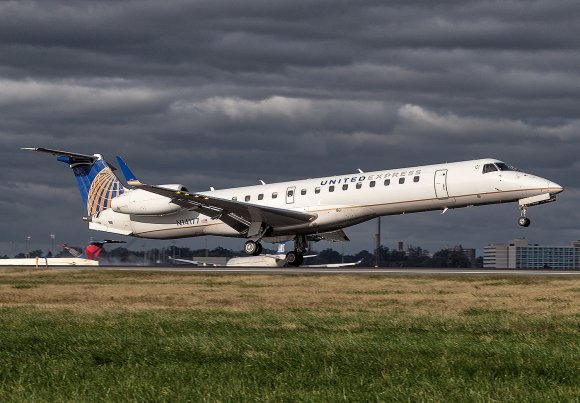 Atlanta-based ExpressJet will end operations on Sept. 30 and lay off most of its workforce following United Airlines’ decision to consolidate its Embraer ERJ-145 flying with a rival affiliate.

United announced at the end of July that Ohio-based CommutAir would become its sole ERJ-145 operator and asked ExpressJet to wind-down flying as a United Express regional carrier.

“Due to the uncertainty of airline passenger travel as a result of the continuing pandemic, all ExpressJet flying for United Airlines will end on Sept. 30, 2020,” a statement issued by ExpressJet said.

“In addition, with the termination of the CARES Act payroll support funding at that time, ExpressJet also will terminate or furlough most of its workforce on Sept. 30, 2020, other than limited staff needed in connection with the wind-down of operations and the review of future business opportunities.”

ExpressJet is owned by ManaAir, with United holding a minority stake in the parent. Prior to the coronavirus pandemic, the airline operated 3,300 weekly flights for United from bases in Chicago (ORD), Cleveland (CLE), Houston (IAH), Knoxville (TYS) and Newark (EWR). The airline employed 2,800 staff and served more than 100 airports across North America.

The Regional Airline Association (RAA) called on the US government to extend the CARES Act Payroll Support Program (PSP) beyond Sept. 30 as there will be more “unavoidable employee layoffs and air service cuts without an extension.”

“In this way, extending the program does more than delay furloughs, but rather continues to reduce the number of furloughs the industry will ultimately need to make.”

RAA cautioned that more airlines, thousands of workers, and communities exclusively served by regional airlines are at risk, until policymakers “return and get serious about negotiating sound policy in support of aviation workers during what has become the biggest health and economic crisis of our lifetime.”