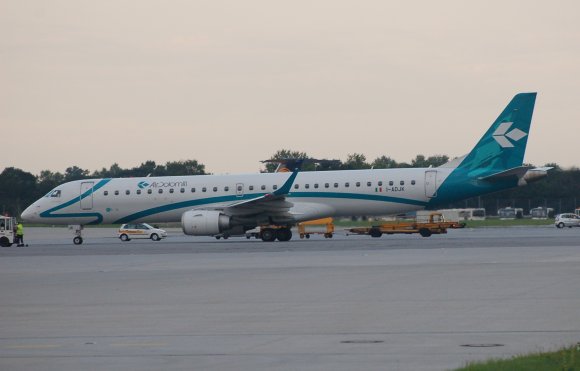 Although the launch date has been pushed back several times because of the pandemic, Turkish Airlines appears undeterred in its ambition to begin service to Vancouver (YVR), which will become the carrier’s first route to Western Canada.

Flights were originally intended to begin in June, with the launch date later adjusted to July, September and then October. However, Turkey’s flag-carrier has now tentatively scheduled Dec. 1 for the inaugural flight when it will begin a 3X-weekly service using its new 787-9s.

Turkish Airlines began flights to Toronto (YYZ) in 2009 and Montreal (YUL) in 2014. The airline has been the only carrier providing scheduled service between Turkey and Canada since fellow Star Alliance member Air Canada ended flights to Istanbul form YYZ in January 2017.

According to data provided by Sabre Market Intelligence, O&D traffic between Istanbul and Vancouver totaled almost 16,000 two-way passengers in 2019, a rise of 19% on the previous 12 months. The top three connecting markets last year were Frankfurt (FRA), London Heathrow (LHR) and Amsterdam (AMS).

Forli (FRL) in northern Italy has secured its first scheduled service in more than seven years. The airport, located in the Emilia-Romagna region, has been without regular passenger flights since Wizz Air pulled out of the market in 2013.

However, Air Dolomiti will begin operating from FRL before the end of the year. The Lufthansa-owned airline will launch a 5X-weekly service to Munich (MUC) from Dec. 1 using ERJ 190-200LRs. Flights will be Monday to Friday and benefit from Lufthansa codeshares.

“Romagna and Bavaria are two countries that have always been close to each other and with this connection they will be able to further enrich the opportunities for commercial and cultural exchange,” FRL operator F.A. srl president Giuseppe Silvestrini said.

Wizz previously linked the Italian airport with Bucharest (OTP), Cluj-Napoca (CLJ) and Sofia (SOF) among others, but in May 2013 transferred all routes to nearby Bologna (BLQ), approximately 75 km away. Air Dolomiti already serves MUC from BLQ.

S7 Airlines is next month beginning service between Novosibirsk, a city located in the southwestern part of Siberia on the banks of the Ob River, and Antalya, the Turkish resort city and gateway to the country’s southern region. Novosibirsk (OVB)-Antalya (AYT) will be served up to four times per week from Sept. 5, operated with Airbus A320neo aircraft.

The leisure route is currently unserved but was previously operated by AZUR air and Nord Wind. Data provided by OAG Schedules Analyser shows AZUR air provided 37,000 two-way seats between the destinations in 2019, while Nord Wind offered almost 50,000. S7 will be hoping to fill a gap in the market for travelers seeking a vacation on Turkey’s Mediterranean coast.