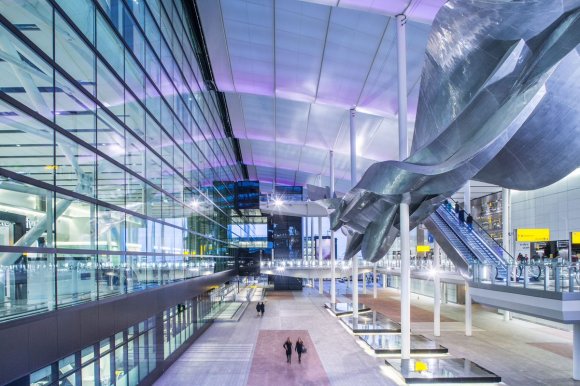 The sharp reduction of international travel during 2020 could wipe £22 billion ($29.6 billion) off the UK economy, according to the World Travel & Tourism Council (WTTC).

The organization found that international visitor spending could plunge by 78% compared with 2019 levels, equating to a loss of £60 million a day, or £420 million a week. Almost three million jobs could also be lost in the travel and tourism sector in a "worst case" scenario mapped out by WTTC economic modelling.

WTTC president and CEO Gloria Guevara said it could take years for the UK to recover from the hit.

“It could also threaten London’s position as one of the world’s premier hubs for business and leisure travel which could see other destinations take over,” Guevara said.

Travel and tourism was responsible for almost four million UK jobs in 2019, or 11% of the country’s total workforce. It also generated nearly £200 billion GDP, or 9% of the UK economy.

She added: “Targeted test and tracing will also rebuild consumer confidence to travel. It will enable the restoration of vital ‘air corridors’ between countries and regions with similar COVID-19 case rates.”

The UK government has come under fire for its approach to introducing quarantine measures, with some countries removed from its list of safe travel corridors overnight. This has forced airlines—and particularly the LCCs—to shift large amounts of capacity from one country to another in an attempt to salvage the remains of the summer season.

“A quick turnaround test and trace system in place for all departing passengers means the government could consider reinstating travel between the UK and major international hubs,” Guevara said.

“Restoring business class travel between the world’s top financial centres, such as London and New York, would act as an engine to help kick-start the economic global recovery.

“International coordination to re-establish transatlantic travel—for business and leisure trips—would provide a vital shot in the arm for the travel and tourism sector. It would benefit airlines and hotels, travel agents and tour operators and revitalise the millions of jobs in the supply chain which are dependent upon international travel across the Atlantic.”

According to data provided by OAG Schedules Analyser, there are 1.22 million international departure seats available from the UK this week (w/c Aug. 31), compared with 3.32 million during the same week a year ago. The number of international flight departures has fallen from 17,657 to fewer than 6,500.

The OAG data also reveals that British Airways has lost the most international departure seats from the UK year-on-year. The airline is this week offering 138,700 available seats, down by 73% compared with the same week in 2019.