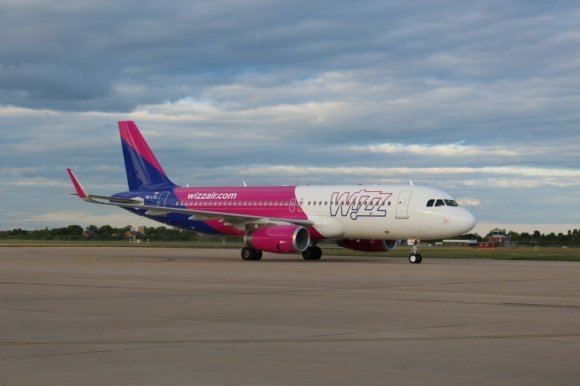 Hungary’s decision to close its borders to international visitors from Sept. 1 in a bid to halt coronavirus infections has prompted Wizz Air to scale back capacity.

The airline said seat capacity during the current quarter is roughly at 60%, compared with pre-COVID-19 levels, and will remain at that figure until the end of 2020 if travel restrictions across Europe persist. The ULCC had hoped to increase capacity to 80% in the fourth quarter of this year.

“Further capacity reductions remain a possibility and as a result, Wizz Air may park parts of its fleet throughout the winter season to protect its cash balance,” the airline said in a statement.

Hungary announced on Aug. 28 that its borders would close to foreign visitors from Sept. 1 for a month following a spike in COVID-19 cases. Hungarian citizens returning from abroad will have to self-quarantine for two weeks or produce two negative test results.

As a result, Wizz will reduce its flying program from its home country. The number of flights will reduce from about 126 in the Sept. 1-6 period to 32 flights per week between Sept. 7 and 30.

“From Sept. 7 until 30 a greater reduction in flights can be expected, and only the most popular routes will remain available for passengers,” the airline said.

Although Wizz expects to reduce overall capacity growth during the fourth quarter of the year, the airline’s UK subsidiary is planning to expand its recently launched base at Doncaster Sheffield (DSA) with the addition of a second Airbus A320 aircraft and six new routes. The announcement comes less than three weeks after Wizz and DSA together unveiled plans to open the base and launch seven routes.

The latest new services will connect DSA with Lanzarote (ACE) and Tenerife (TFS) from Oct. 22, both of which will be 3X-weekly, followed by 2X-weekly flights to Fuerteventura (FUE), Gran Canaria (LPA) and Lisbon (LIS) from Oct. 23. On Oct. 25, Wizz Air UK will then begin a 2X-weekly route to EIN.