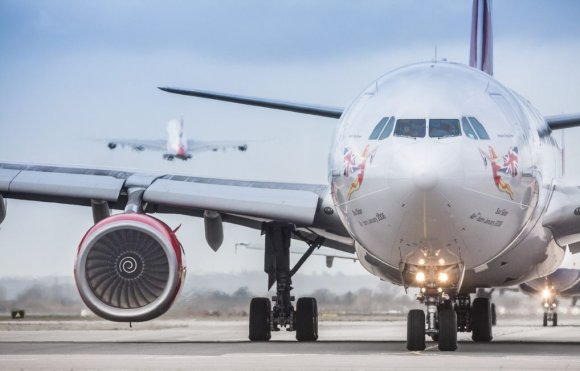 Virgin Atlantic is opening three new routes between the UK and Pakistan this December, beginning two from London Heathrow (LHR) and one from Manchester (MAN). It is understood the airline intends to fly from LHR to Islamabad (ISB) 3X-weekly and Lahore (LHE) 4X-weekly. MAN will be connected with ISB four times per week.

The leisure carrier intends to fill a gap in the market after Pakistan International Airlines (PIA) was suspended permission to fly to the UK on June 30 after the European Aviation Safety Agency (EASA) withdrew its third-country operator safety certificate. The certificate was taken away after Pakistan’s aviation authorities grounded 262 Pakistani pilots whose licences were described as “dubious” and may be fake or falsified.

OAG data shows that PIA offered 383,571 seats on nonstop flights between the UK and Pakistan in 2019, giving the airline a 95% capacity share of direct seats. British Airways provided 19,474 seats to take the other 5% after restarting direct service to Pakistan in June 2019 following a decade absence.

Although PIA has recently been approved to reinstate flights to Birmingham (BHX) and MAN on board aircraft chartered from Hi Fly, the carrier’s 5X-weekly LHR-ISB is among the routes which remains suspended. OAG figures reveal that Islamabad was the top destination in Pakistan from the UK in 2019, accounting for 69.6% of capacity of which 93% was on board PIA.

Sabre figures show that 254,608 passengers flew between London and Islamabad in 2019, with 59% of passengers traveling nonstop. Doha and Dubai were the top connecting markets. Given the large Pakistani community in the UK, Virgin Atlantic will be hoping to take advantage of PIA’s exit from the market and capture the growing VFR demand.

Jetstar Airways has resumed service between Sunshine Coast Airport (MCY) and Adelaide (ADL), aided by the Queensland Government’s A$15 million ($11 million) aviation recovery fund. Service will initially be 2X-weekly using Airbus A320s before rising to pre-pandemic levels of 3X-weekly in October. The flights are the first since the LCC suspended passenger service in late March as the COVID-19 crisis escalated. Once the route is back to full capacity, Jetstar will offer 1,100 weekly seats between the two destinations.

MCY’s head of corporate relations Ayllie White said pent up travel demand remains high and she expects the fights to be popular for Sunshine Coast residents wanting to explore South Australia’s wineries. A marketing campaign is also being launched in Adelaide to attract tourists to the Sunshine Coast.

“We know that South Australians are craving warmer weather following a long winter, so we expect the early recommencement of the service will inject a much-welcomed A$4.7 million boost into the local economy,” White said.

Jetstar has also resumed a number of other routes this week, including flights from Cairns (CNS) to Darwin (DRW), Gold Coast (OOL) and Sydney (SYD).

Norwegian regional airline Widerøe has added flights from Bergen (BGO) to London Southend (SEN) from Aug. 31. The route, which has a flying time of 110 min., will be served 2X-weekly on Monday and Friday using the carrier’s 114-seat Embraer E190s. Widerøe said passengers would be able to connect through BGO to eight other destinations in Norway.

“We are strengthening our focus on Bergen as a hub for traffic throughout the country,” the airline's commercial director Christian Skaug said. “With this new route we continue to build on the network Widerøe has developed in and around Bergen and Western Norway in recent years. We start cautiously, but if we see that the offer is well received, we will consider adding more weekly departures.”

According to data provided by OAG Schedules Analyser, Widerøe will compete on a city-pair basis with Norwegian, which offers 2X-weekly flights from London Gatwick (LGW). Prior to the COVID-19 crisis, Norwegian provided up to 13X-weekly flights, while Wizz Air also operated a 4X-weekly service from London Luton (LTN). Capacity between London and Bergen has fluctuated in recent years, falling from a high of 438,710 two-way seats in 2015 to 251,456 in 2018. However, the market grew by 16% in 2019 to 292,548 seats.