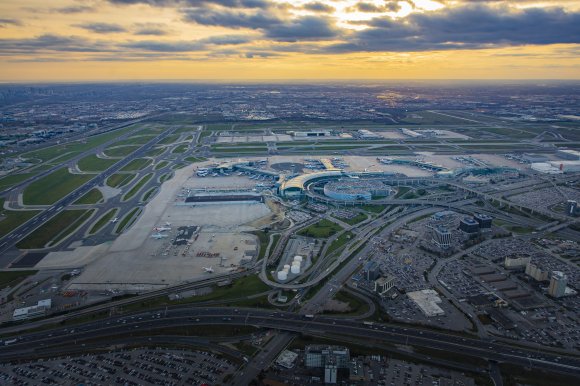 Swoop has released its planned winter schedule, which sees the airline shift most of flights from Hamilton (YHM) to nearby Toronto Pearson (YYZ).

“Our winter schedule is in response to a growing rebound in travel, as we know travelers are eager to plan their next getaway,” Swoop president Charles Duncan said.

Like most carriers, Swoop has scaled back its operation as demand fell because of the COVID-19 pandemic, but has been steadily rebuilding its network since July.

In August, the WestJet subsidiary confirmed plans to begin service from YYZ for the first time—although it maintained flights would continue to YHM, some 52 km away.

According to data provided by OAG Schedules Analyser, the airline operated all nine routes from YHM during the 2019-20 winter season. It also flew from YHM to Fort Lauderdale (FLLL), Puerto Vallarta (PVR) and Winnipeg (YWG). However, these three routes are not moving to YYZ and remain suspended.

The only route Swoop intends to operate from YHM is a 4X-weekly service to YEG. Flights were previously 10X-weekly, but six of those are moving to YYZ.

In a statement, YHM said: “While navigating the impacts of COVID-19, the airport remains committed to restoring passenger operations and will continue to demonstrate to both passenger and cargo carriers the economic benefit of flying to and from Hamilton International.”

Elsewhere in Swoop’s winter schedule, five other routes will be operated from YEG to LAS, Mazatlan (MZT), Phoenix Mesa (AZA), PVR and YXX.

Resumption of transborder services are dependent upon the Canada and the US agreeing to relax restrictions that limit trips to essential travel only. The closure of the Canada-US border currently extends to Sept. 21.