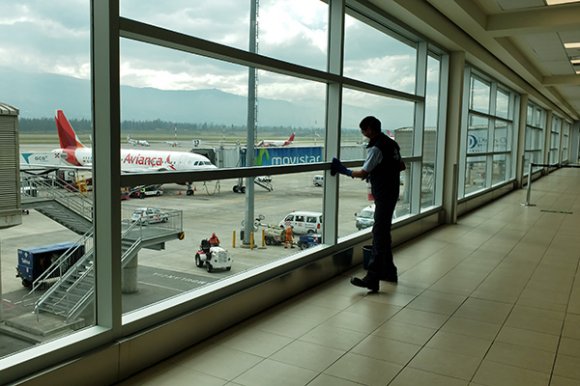 A start-up airline with a familiar name is bidding to get off the ground in Ecuador, replacing some of the routes lost by the liquidation of state-owned carrier TAME Linea Aerea del Ecuador.

Should the government department approve the request, the carrier will be able to start the process of obtaining an Air Operator Certificate (AOC).

Ecuatoriana Airlines is the latest incarnation of the Ecuatoriana de Aviación brand, which can trace its roots back to 1957 and was Ecuador’s national airline until it folded in 2006. The new carrier is understood to be backed by Eduardo Delgado Martillo and Ann Marlene Martillo.

In an application to the CNAC, Ecuatoriana Airlines said it intends to fly between the cities of Coca, Cuenca, Esmeraldas, Guayaquil, Loja, Macas, Manta, Quito, Santa Rosa and Tulcán, providing scheduled flights to the majority of the country’s major airports.

UIO-Guayaquil (GYE) would be served up to three times per day, while other routes like UIO-Loja (LOH) and UIO-Manta (MEC) would have daily flights. UIO to Coca (OCC) and Esmeraldas (ESM) would each be 5X-weekly.

The launch of Ecuatoriana Airlines would fill a gap in the market following the demise of state-owned flag carrier TAME. Ecuador’s president Lenín Moreno announced in May that the loss-making airline was to be liquidated as part of a series of measures being taken to rebalance the economy in the wake of the COVID-19 pandemic.

In an address to the nation, Moreno said that the airline had generated more than $400 million in losses over the past five years and previous efforts to turnaround the carrier had failed.

According to data provided by OAG Schedules Analyser, domestic capacity in Ecuador has dropped from more than 80,000 weekly seats prior to the coronavirus crisis to about 13,000 during the current seven-day period (w/c Aug. 31).

The data also shows that there are just six domestic routes in Ecuador that are currently operating: GYE-Baltra (GPS), GYE-San Cristóbal (SCY), UIO-Cuenca (CUE), UIO-GYE, UIO-MEC and UIO-OCC, with a combined 86 weekly flights. During the same week in 2019, 13 routes were operating with a total 615 weekly flights.

TAME operated almost 1.4 million domestic seats during 2019, giving the carrier a 33.2% share of all available capacity. Only LATAM Airlines Ecuador offered more capacity during the year, with 1.5 million seats or 36.4% of the market.