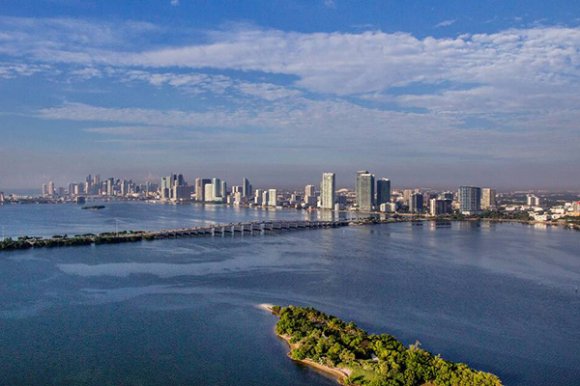 The US LCC's chairman and CEO Gary Kelly said that each airport fits the carrier’s route system “exceptionally well.” Route details have not yet been announced and are subject to government approvals.

“Adding these specific airports to our route map will bring us access to additional revenue at a critical time. It matches our available fleet with demand for very popular destinations,” Kelly said.

Dallas-based Southwest has maintained a robust schedule during the COVID-19 crisis but has been steadily reducing capacity in recent weeks due to weakened travel demand. The carrier’s latest forecast expects September and October schedules to be down 40% and 40-50% year-on-year respectively.

Kelly said the addition of MIA and PSP would help to capture more leisure traffic. The expansion comes in markets where Southwest has historically favored other airports in Fort Lauderdale (FLL) and Ontario (ONT).

“Palm Springs is a great California destination. Southwest has long carried more customers to, from, and within the Golden State than any other airline,” Kelly said.

“Just as we serve multiple airports in metro areas across the country, South Florida is ripe for another. Miami will complement, and augment, existing South Florida service we have in Fort Lauderdale and West Palm Beach.

“Miami already sees some Southwest aircraft on a weekly basis as part of our maintenance program, so adding an ability for our customers to travel there with us is a win.”

Southwest already has a hub at FLL, just 60 km away from MIA, and serves West Palm Beach (PBI) in southeast Florida. American has long been the dominant player at MIA although Miami has become as focus city for Delta Air Lines following its partnership with LATAM Airlines Group.

Meanwhile, Southwest serves 10 airports in California, including Los Angeles (LAX), ONT and San Diego (SAN). According to OAG Schedules Analyser data, Alaska Airlines was the largest airline by departure seats at PSP in 2019, with a capacity share of 24%. United Airlines was second on 23% and American third on 21%.

Southwest on Thursday (Sept. 3) also confirmed it would double its presence at Southern California’s Long Beach (LGB), after receiving 17 new slots that were recently relinquished by JetBlue Airways. As reported by Aviation Week, the new additions double the carrier’s slots to 34.

“Southwest has established decades of consistency as the hometown carrier of California and soon will proudly offer more for Long Beach,” Southwest chief commercial officer Andrew Watterson said in a statement. “We’re grateful for this opportunity to bring more of our value and reach to our Customers in the LA Basin who prefer Long Beach, one of ten airports we serve across the state.”