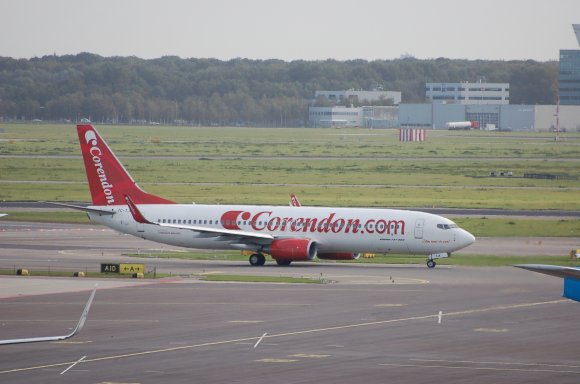 Corendon Airlines plans to continue network development in summer 2021 despite the downturn in traffic.

In addition to its bases in Cologne (CGN), Hanover (HAJ), Münster (FMO) and Nuremberg (NUE), the Turkish carrier is planning to station two aircraft at Düsseldorf (DUS) from May 1, 2021. Corendon will also open a base at Basel (BSL).

The airline said during the summer of 2021, it would be flying five million seats from Germany, Switzerland and Austria to holiday destinations in Turkey, Greece, Spain, Italy, Egypt and Israel.

Corendon also plans to increase the number of flights to Turkey from Poland and the UK.

Wizz Air is to enter the Italian domestic market, connecting Milano Malpensa (MXP) with Palermo (PMO) and Catania (CTA) from Oct. 1. Both routes will be operated 2X-daily.

“With this announcement, Wizz Air enriches the range of destinations operated by Milan Malpensa, confirming its willingness to invest in our airport with quality services for the benefit of the users,” VP aviation business development of Milan Airports Andrea Tucci said.

“The bi-daily connections with Catania and Palermo will further improve connectivity and the economic recovery of the area.”

Jet2.com parent Dart Group has warned that winter 2020-21 forward bookings have yet to meet the airline’s revised on-sale seat capacity, with passenger bookings displaying a shorter lead time than in previous years.

However, chairman Philip Meeson said the company expects summer 2021 capacity to be close to 2019 levels. “Bookings to date are encouraging, with average load factors ahead of the same point last year and package holiday customer numbers as a proportion of total departing customers showing a material increase,” he said.

In an update to investors, Dart Group also confirmed plans to change its name to Jet2 plc following the sale of logistics business Fowler Welch earlier this year.

Latvian airline airBaltic is launching new direct flights from Vilnius (VNO) to Kyiv Borispil (KBP) on Oct. 6. The flights will be performed three times a week on an Airbus A220-300 aircraft.

“We are ready to provide additional connectivity from all three Baltic capitals,” the airline’s CEO Martin Gauss said. “This summer it is already the fifth brand new route we have launched from Vilnius.”

From Sept. 4, the carrier has also resumed daily flights between Riga (RIX) and Stockholm (ARN).

Norwegian’s capacity fell 94% in August compared with the same month a year ago, the airline has announced. The flights that were operated last month had a load factor of 62.1%.

“We are continuously adapting our network to adjust to these changes as necessary to ensure that we keep vital air routes open and concentrate supply in line with demand,” he said.