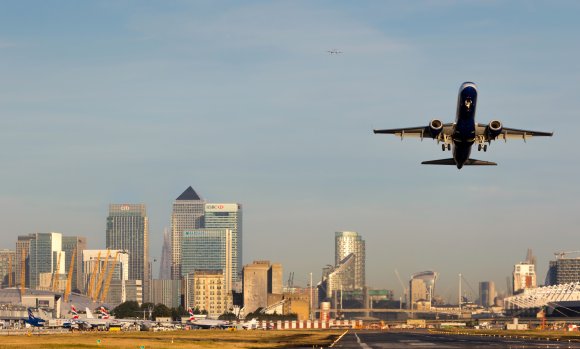 Flights between London City Airport (LCY) and Belfast City Airport (BHD) has been revived after ceasing following the collapse of Flybe in February.

As first reported by Airlineroute, BA CityFlyer has picked up the route. The regional carrier began its new 5X-weekly service on the morning of Sept. 7 using Embraer E190 aircraft.

According to LCY, BHD was its fastest-growing route last year. Traffic on LCY-BHD rose by 14.7% with 210,936 passengers utilizing the service in 2019. “We know there is strong demand for it to return,” LCY CEO Robert Sinclair said.

BHD commercial director Katy Best said she was very pleased to welcome BA CityFlyer to the airport—in addition to its parent British Airways, which already flies to BHD from London Heathrow (LHR)—and noted LCY-BHD was an important business route.

“With many organizations now welcoming employees back to the workplace, the launch of this popular business route is extremely timely and the service will no doubt be warmly welcomed by commuters,” Best said.

The route launch comes the day after the UK disclosed its highest number of new coronavirus reported on a single day since May. A further 2,988 cases were reported on Sept. 6.

Commenting on the pandemic situation, Sinclair said: “Passengers can book and travel in confidence, knowing there is a comprehensive range of measures in place to keep them safe at both airports and onboard."

For BHD, the LCY route is more good news after Aer Lingus added six services from the airport in August.