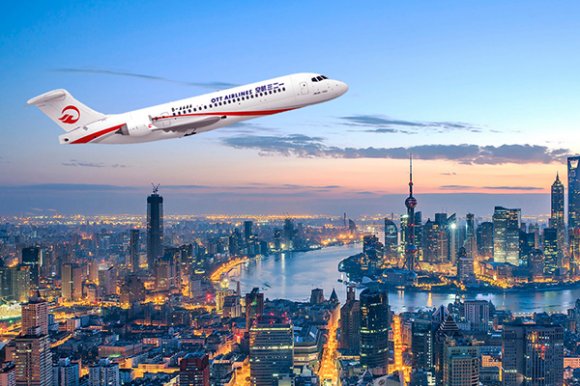 OTT Airlines, the new regional carrier being launched by China Eastern Airlines, has applied to the Civil Aviation Administration of China (CAAC) for regulatory approval to begin flights.

Operating from a base at Shanghai Hongqiao International (SHA), OTT would primarily offer domestic routes in the Yangtze River Delta and nearby regions on board ARJ21-700 aircraft made by state-owned Commercial Aircraft Corporation of China (COMAC).

OTT—which stands for One, Two, Three—intends to use the two-character MU code of China Eastern. The CAAC application adds that air traffic rights, slots, and aprons will also be transferred from its parent.

The startup could also be the launch customer for the COMAC C919, a narrowbody twinjet aircraft with a range of 4,075 km. China Eastern has five on order, according to CAPA Fleet Database.

China Eastern offered more than 8.2 million domestic departure seats from SHA in 2019, OAG Schedules Analyser data shows, equivalent to 32% of all the capacity from the airport during the year. The carrier’s weekly domestic capacity from the base is currently 187,000 seats (w/c Sept. 7), up by 27,000 seats compared with a year ago.