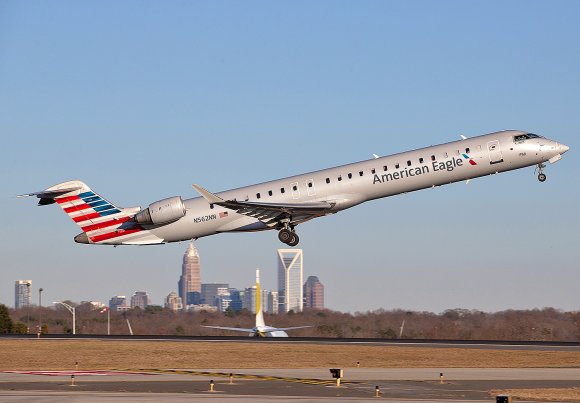 Qatar Airways is resuming service to Murtala Muhammed International (LOS) in Lagos, Nigeria from Sept. 10. The 4X-weekly route from Doha (DOH) to Africa’s largest city will be operated by Boeing 787, featuring 22 seats in business class and 232 in economy. Flights will be on Mondays, Tuesdays, Thursdays and Saturdays.

Prior to the COVID-19 pandemic, Qatar Airways served LOS daily providing more than 3,500 two-way seats. O&D traffic between Qatar and Nigeria is relatively small—totaling 11,491 two-way passengers in 2019—as the majority of travelers connect through the airline’s DOH hub.

Sabre Market Intelligence data shows 151,000 passengers travelled nonstop between DOH and LOS on Qatar Airways’ metal in 2019, with flights averaging a load factor of 82%. On the LOS to DOH leg, 91% of passengers flew beyond Qatar’s capital to other destinations in the oneworld alliance member’s network. The top onward destination was Guangzhou (CAN), accounting for 23.5% of the beyond traffic. London Heathrow (LHR) was second followed by Manilla (MNL), Beijing Capital (PEK) and Shanghai Pudong (PVG).

Hungarian ULCC Wizz Air is to enter Italy’s domestic market from October. The airline’s first two routes will connect Milan Malpensa (MXP) with the Sicilian cities of Catania (CTA) and Palermo (PMO), each starting on Oct. 1. Wizz originally announced that both routes would be served with 2X-daily frequencies, but MXP-CTA has already been increased to three flights per day. Daily flights to Bari (BRI) will also begin on Oct. 8.

As well as launching the new internal routes from World Routes 2021 host city Milan, Wizz intends to establish a two-aircraft base at CTA and launch an additional five routes, three of which are domestic. From Oct. 8, the ULCC will begin 3X-daily flights to Rome Fiumicino (FCO), 2X-daily to Bologna (BLQ) and 1X-daily to Venice (VCE). Wizz will also start service to London Luton (LTN) and Memmingen (FMM) near Munich from Oct. 22, each will be 2X-weekly.

Wizz said that domestic Italian flights had been on its radar since opening its MXP base in July, where it now has five Airbus A321s stationed. On the MXP-CTA route, the Milan-Catania market is well served so the airline will face some stiff competition.

At the turn of the year MXP-CTA was served by easyJet 29X-weekly, Ryanair 24X-weekly and Air Italy 18X-weekly and Alba Star 2X-weekly. Although Air Italy’s demise earlier this year removed one operator, Neos Air picked up the route in July with 2X-weekly flights.

The latest schedules data published by OAG shows Ryanair also operates Milan Bergamo (BGY)-CTA 2X-daily and Alitalia flies Milan Linate (LIN)-CTA 4X-daily. For the w/c Sept. 7, there are almost 36,000 two-way seats between Milan and Catania. This compares with 47,000 during the same week a year ago.

American Airlines is expanding service to Daytona Beach (DAB) in Florida with two new seasonal routes designed to attract leisure passengers. The carrier will begin flying to the city in Volusia County from its Dallas Fort Worth (DFW) and Philadelphia (PHL) hubs from Dec. 17, offering daily service. PSA Airlines will operate DAB-PHL as American Eagle on board CR7-Canadair RJ 700 aircraft, while Mesa Airlines will operate DAB-DFW as American Eagle using CR9-Canadair RJ 900s.

Prior to the COVID-19 pandemic, American offered two routes from DAB to Charlotte (CLT) and New York LaGuardia (LGA). However, the airline is currently only operating a 4X-daily DAB-CLT route after the LGA service was suspended in April.

“We are pleased to add this new service because we know how important access to our largest hubs is for local residents who want one stop to the world,” American’s VP of network planning Brian Znotins said. “We also look forward to bringing more people to Daytona Beach, especially during the colder winter months.”