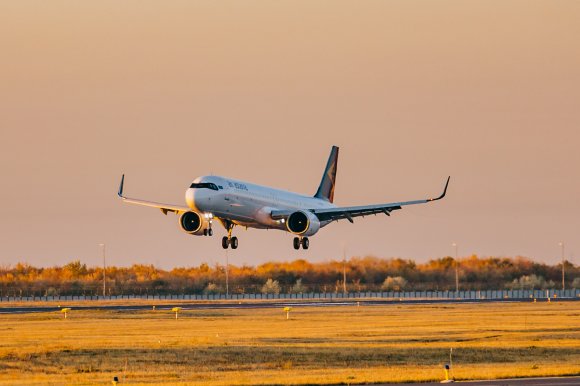 Air Astana will introduce direct service from Almaty (AMA), Kazakhstan's largest metropolis, to Frankfurt (FRA) in Germany from next month.

Starting on Oct. 2, flights will be 2X-weekly on board the airline’s new Airbus A321LR aircraft, rising to 3X-weekly from Oct. 26.

An early morning arrival in FRA will allow for connections across European and North American destinations operated by codeshare partner Lufthansa.

“I’m delighted to announce the boost to services between Kazakhstan and Germany, which deliver maximum connectivity with partner airlines across Europe and North America,” Air Astana VP Richard Ledger said.

However, Air Astana is currently operating eight services per week to Germany from TSE and URA. Lufthansa’s routes to Kazakhstan also remain suspended.

According to data provided by Sabre Market Intelligence, O&D traffic between Kazakhstan and Germany has been steadily growing in recent years, increasing from 219,257 two-way passengers in 2016 to 273,410 in 2019.

On its biggest Kazakhstan-Germany route, Air Astana carried 37,390 passengers from TSE to FRA in 2019, with 27% of passengers flying to destinations beyond FRA.