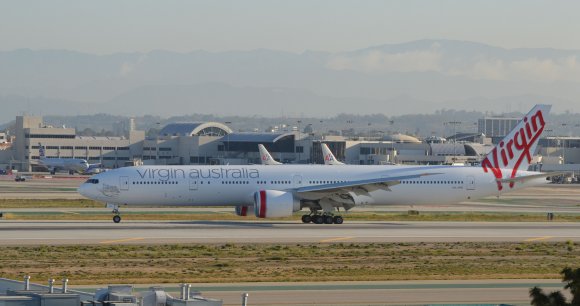 Virgin Australia will end flying to seven regional domestic destinations as the carrier reshapes its network in response to the COVID-19 pandemic.

The airline, which is being acquired from administrators by US private equity firm Bain Capital, will cease all routes to and from Albury (ABX), Ayers Rock (AYQ), Cloncurry (CNJ), Hervey Bay (HVB), Mildura (MQL), Port Macquarie (PQQ) and Tamworth (TMW).

In addition, Tonga will disappear from Virgin Australia’s international network with the suspension of its Sydney (SYD)-Nuku'alofa (TBU) route.

“With the changes to simplifying our fleet and ongoing subdued customer demand, we have been required to make some adjustments to our network,” a Virgin Australia spokesperson said.

“We remain committed to regional Australia and plan to continue flying to 20 regional destinations across Australia.

“We will continue to review our network as travel restrictions ease and demand returns.”

Virgin Australia entered voluntary administration in April after failing to secure a bailout from the government to help it manage the impact of the COVID-19 crisis.

Creditors voted to approve the airline’s sale to Bain Capital on Sept. 4, a move described by the purchaser’s MD Mike Murphy as an “important milestone” in the carrier’s recovery.

“We can now continue the rebuilding process from the strongest possible platform and with the least disruption,” Murphy said.

According to OAG Schedules Analyser data, Virgin Australia’s decision to curtail regional flying will affect nine routes in total. Prior to the pandemic, the airline offered flights to SYD from ABX, AYQ, HVB, PQQ and TMW. The carrier also flew to Brisbane (BNE) from CNJ and PQQ and provided service between CNJ and Mount Isa (ISA), and between MQL and Melbourne (MEL).

Analysis of the latest schedules suggests that two routes will remain unserved following Virgin Australia’s exit. They are HVB-SYD and PQQ-BNE.

Under the ongoing restructuring plans, Virgin Australia plans to keep 56 of its Boeing 737s when it exits the administration process, meaning almost 30 aircraft will be cut from its fleet.