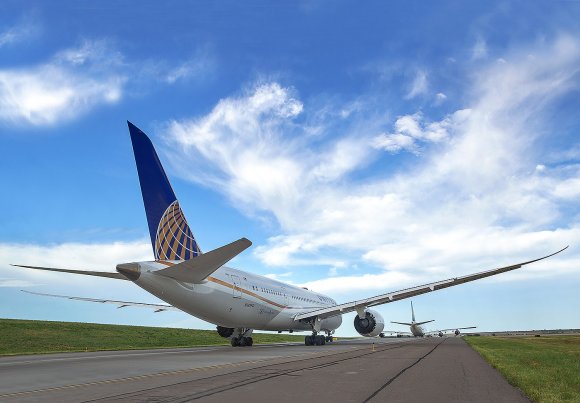 Seven new routes are joining United Airlines’ schedule—three to destinations in Africa, two in India and two in Hawaii—as part of what the US carrier described as “bold step” in the evolution of its global network.

Starting this December, the airline will fly daily between Chicago (ORD) and Delhi (DEL) and, from spring 2021, it will become the only airline to operate between San Francisco (SFO) and Bangalore (BLR), and between Newark (EWR) and Johannesburg (JNB).

United will also introduce new services from Washington Dulles (IAD) to Accra (ACC) in Ghana and Lagos (LOS) in Nigeria in late spring of 2021. In summer of 2021, the Star Alliance member will fly nonstops to Hawaii 4X-weekly: between ORD and Kona (KOA); and between EWR and Maui (OGG).

“Now is the right time to take a bold step in evolving our global network to help our customers reconnect with friends, family and colleagues around the world,” United VP of international network and alliances Patrick Quayle said.

“These new nonstop routes provide shorter travel times and convenient one-stop connections from across the United States, demonstrating United's continued innovative and forward-looking approach to rebuilding our network to meet the travel needs of our customers.”

United returned to the African market in December 2019 with flights between EWR and Cape Town (CPT), operating 3X-weekly. The seasonal service ended in March, but is scheduled to return in December, according to OAG data. The addition of daily flights to JNB means United will operate more flights to South Africa than any other US airline.

Flights between the US and JNB were suspended six months ago as the coronavirus crisis deepened, but South African Airways is scheduled to resume daily New York John F Kennedy (JFK) service in October, with Delta Air Lines’ Atlanta (ATL)-JNB route tentatively scheduled to resume in December.

The route to ACC will also see United becoming the only US carrier to serve the destination nonstop from IAD, as well as the only one serving LOS from IAD. Both routes will be 3X-weekly. The Washington metropolitan area has the second-largest population of Ghanaians in the US, and Lagos is the largest Western African destination from the US.

ACC is currently connected nonstop to two points in the US, with Delta flying from JFK and South African to IAD. Prior to the COVID-19 pandemic, Delta also flew JFK-LOS and ATL-LOS.

United has served India with nonstop service for 15 years, operating from EWR to DEL and Mumbai (BOM), as well as from SFO to DEL. Beginning in December, daily flights from ORD to DEL will be introduced, with daily SFO-BLR starting in spring 2021.

Chicago has the second highest population of Indian-Americans in the US, while service from San Francisco to Bangalore connects two international technology hubs.

United will compete with Air India on ORD-DEL, with India’s flag carrier currently operating the route 5X-weekly on board Boeing 777-300ER aircraft. However, the route is expected to return to daily before the end of the year.

The plan to launch SFO-BLR comes as American Airlines is also preparing to begin flights from the US West Coast to the Indian city, connecting BLR with Seattle (SEA).

The final two new routes announced by United are both to Hawaii, starting summer 2021. The airline will launch a 4X-weekly EWR-OGG route and a 4X-weekly ORD-KOA service.