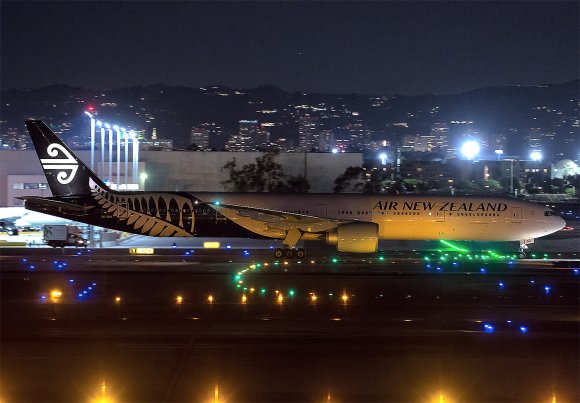 Air New Zealand has grounded its entire Boeing 777 fleet until at least September 2021 as the impact of COVID-19 continues to cripple the carrier’s long-haul network.

The airline, which has eight 777-200ERs and seven 777-300ERs on its books, said the decision has been taken because the recovery of international routes is now expected to be slower than initially thought.

“The recent resurgence of cases in New Zealand is a reminder that this is a highly volatile situation,” COO Carrie Hurihanganui said.

“We are not anticipating a return to any 777 flying until September 2021 at the earliest, which is why we have made the decision to ground the fleet until at least this time next year.”

In May, the airline grounded the majority of its seven 777-300 aircraft until the end of the 2020 calendar year.

At the same time, the company also signaled it was unlikely to fly its eight 777-200 aircraft in “the foreseeable future” and began preparing to send these into long-term storage overseas.

Four of Air New Zealand’s 777-300 aircraft will be stored in Victorville in the Californian desert, while the remaining three will stay in Auckland where they are able to be returned to service if required. The airline’s 777-200 aircraft will be sent to long-term storage facilities in both Roswell, New Mexico and Victorville, California from later this month.

The 777s are the largest aircraft in the Star Alliance member’s fleet and have operated the majority of its long-haul routes over the past 15 years. The carrier’s international schedule will now be operated by Boeing 787 aircraft, along with Airbus A320s and A320/21neos for trans-Tasman and Pacific Island routes.

Of the carrier’s total capacity, 7.7 million seats were on international flights and 3.2 million of those were on long-haul routes (4,000+ km). Analysis of the long-haul capacity shows that 52% of seats were on board 777 aircraft, with the remainder on 787-9s.

Overall, Air New Zealand used 777 aircraft on 23 routes in 2019, 14 of which were long-haul services. The route with the most 777 capacity connected Auckland (AKL) with Los Angeles (LAX), with 450,884 two-way seats, followed by two trans-Tasman services between AKL and Sydney (SYD) and AKL and Melbourne (MEL).

The fourth-biggest 777 route by capacity is one that has since been discontinued. Air New Zealand ended its fifth freedom service—one operated between two countries, neither of which are the airline's home country— between LAX and London Heathrow (LHR) earlier this year as the COVID-19 crisis deepened. The route had been earmarked for suspension before the pandemic, but the end date was brought forward from October.

Air New Zealand had planned to replace LAX-LHR with a nonstop 3X-weekly AKL-New York Newark (EWR) route. However, the launch has been pushed back from Oct. 29, 2020 to late 2021.

In addition, the airline has suspended flights to Argentina, with its AKL-Buenos Aires (EZE) route not currently scheduled to return. All 121,176 seats offered between the destinations in 2019 were on board 777 aircraft.