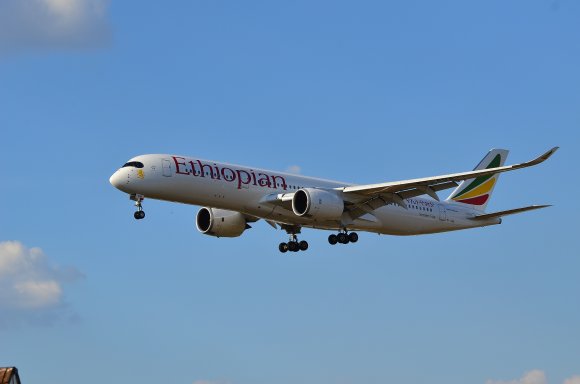 GOL Linhas Aéreas and Ethiopian Airlines have signed a new codeshare agreement that will include all of the Brazilian carrier’s routes from Sao Paulo Guarulhos International (GRU).

The partnership will initially cover Ethiopian’s nonstop service between Addis Ababa (ADD) and GRU, as well as to destinations across Brazil served by GOL.

Ethiopian began serving ADD-GRU nonstop in April 2015 after replacing its previous one-stop service that operated via Lome (LFW) in Togo.

“GOL is the leading airline in Brazil and, together with Ethiopian, we will expand the possibilities of connections between South America and Africa, increasing the offer for both corporate and leisure customers,” GOL director of alliances Randall Saenz Aguero said.

The companies also plan to implement a frequent flier agreement, which allows Smiles (GOL) and Sheba Miles (Ethiopian) loyalty members to earn and redeem miles on flights operated by both carriers.

Busera Awel, VP of strategic planning at Ethiopian, said: “The partnership will also pave the way for improving investments, trade and tourism between Africa, South America and other regions served.”

Prior to the COVID-19 pandemic, Ethiopian operated ADD-GRU 5X-weekly using Boeing 787-8 aircraft. OAG Schedules Analyser data shows flights are currently 3X-weekly but should return to full capacity by the end of the month.

Analysis of figures published by Sabre Market Intelligence reveals that 119,725 passengers flew nonstop on the 9,926 km route between ADD and GRU in 2019. On the ADD to GRU leg, 47% was bridge traffic and 45% was behind.

Details of GOL’s codeshare with Ethiopian came as the Brazilian airline reported that its capacity increased to an average of 190 flights a day in August. The airline ended the month with 60 of its 130 aircraft operating.

With an increase to approximately 300 flights per day, September’s operations should be near 40% of schedule operated during the same month a year ago. GOL will be operating 74 aircraft across its network and plans to reopen three more bases.

“In the past six months, the global airline industry faced unparalleled challenges. GOL's differentiated operating model, investments in technology, strong balance sheet and trust among our customers gave us an exceptional advantage in meeting these challenges.

“Moments like these provide GOL with the opportunity to once again prove the resilience of its business model. We firmly believe that GOL will strengthen its position in the South American aviation market.”