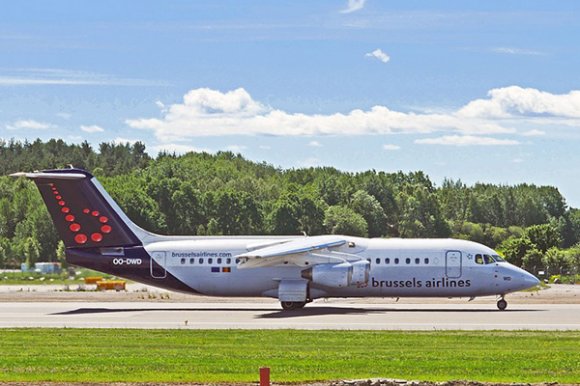 Continuing operations at Stockholm Bromma (BMA) is “no longer justified on commercial grounds” and capacity could be absorbed by nearby Stockholm Arlanda (ARN), some 40 km away.

That’s according to a report submitted to Sweden’s Ministry of Enterprise and Innovation by Swedavia, the state-owned company tasked with operating 10 airports across the country.

Given the impact of COVID-19, the report recommends the early closure of BMA as Swedavia now expects the airport to have a “significant excess of capacity due to low traffic volumes” for “a long time to come.”

If BMA is closed, Swedavia said that commercial air traffic there can be handled at ARN in the short term, without bringing forward any significant further infrastructure investments.

However, in the longer term it added that further investment would be needed, regardless of whether BMA is closed or not. These investments include an additional runway at ARN.

“In Swedavia’s view, given the new market situation, the continuation of operations at Bromma is no longer justified on commercial grounds and a consolidation of air traffic in the Stockholm region at Stockholm Arlanda Airport is possible,” Swedavia chairman Åke Svensson said.

“However, it is essential that Arlanda has the long-term conditions to develop in line with the needs of society. At the same time, I would like to emphasise that Swedavia has reached this conclusion based on the commercial conditions of the company and that a political decision to close Bromma ahead of time should be made taking a broader social perspective into consideration.”

The report said that there is a risk that flight availability for certain locations may be impaired by the closure of BMA and cautioned that the move could reduce competition and drive up ticket prices. However, other destinations could gain better national and international accessibility by using ARN.

Swedavia added that it does not believe BMA will be able to continue airport operations after 2038, when its current lease with the City of Stockholm expires.

“The aviation market is facing an unprecedented crisis. Bromma will most likely have excess capacity due to low traffic volume for a long time going forward,” Swedavia president and CEO Jonas Abrahamsson said.

“In the long term, the cost of this will be borne by passengers and already wounded airlines, which we do not believe is possible.”

BMA has been hit hard by the coronavirus pandemic, with figures provided by OAG Schedules Analyser showing that the number of departure seats this week (w/c Sept. 14) is fewer than 4,500. This compares with 38,000 weekly seats a year ago.

A contributing factor has been the suspension of service by Swedish domestic carrier Braathens Regional Airlines (BRA). The airline halted flights in April and filed for court reorganization, similar to an administration, after a collapse in demand because of COVID-19.

OAG figures show that BRA operated more than 1.5 million departure seats from BMA in 2019—equivalent to 86.6% of the airport’s capacity during the year.

There are currently just eight routes operating from BMA this week (w/c Sept. 14), seven of which are domestic.

“We have now reported the conclusions from our impact assessment to our owner, which will consider Swedavia’s assessment together with other relevant perspectives,” Abrahamsson said. “For the present, we have a task to continue operating our ten airports—including Bromma—in the best way possible.”