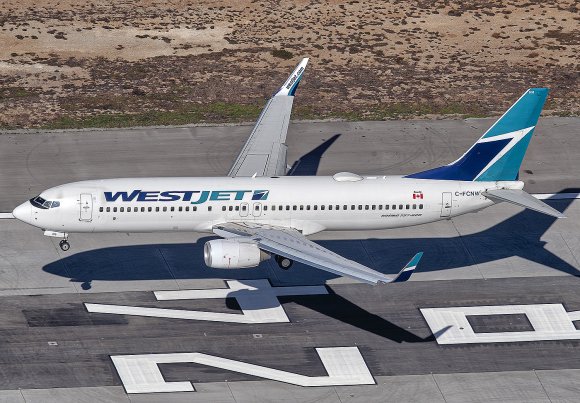 Canada’s WestJet has released its flying program for October, with plans to operate services to 48 destinations across its network.

The airline will fly to 39 airports in Canada as well as three in the US, three in Mexico, two in Jamaica and one in the UK.

“As more people consider flying and as business and economies begin to open up, we are thoughtfully and carefully connecting key markets while ensuring safety throughout the journey,” CCO Arved von zur Muehlen said.

The carrier added that its October schedule was “designed to get Canadians to and from key destinations while supporting the economic recovery of Canada through continued domestic flying.”

Among the routes returning next month from Calgary (YYC) are to Cancun (CUN), Los Cabos (SJD) and Puerto Vallarta (PVR) in Mexico; and to Palm Springs (PSP) and Phoenix Sky Harbor (PHX) in the US.

According to data provided by OAG Schedules Analyser, the airline intends to offer 63 domestic nonstop scheduled routes next month and 11 international services. That is up from 62 and seven respectively in September.

However, two routes operated this month are being temporarily suspended in October. They are YYC-Atlanta (ATL) and YYC-Paris Charles de Gaulle (CDG).

Overall capacity in October will increase to about 724,000 seats across almost 6,200 flights—up from 608,000 seats and 5,000 flights in September. Despite the rise, the figure is still significantly lower than a year ago when WestJet provided nearly 2.4 million seats across 20,600 flights.

Demand on WestJet’s US and Mexico routes next month will largely depend on Canada, Mexico, and the US removing joint transborder travel restrictions that have been in place since March 21 to limit non-essential border crossings and help curb the spread of COVID-19. The border closure is in place until Sept. 21 but could be extended.

Under the current rules, most foreign nationals cannot travel to Canada, even if they have a valid visitor visa or electronic travel authorization.

‘‘There are alternatives to the quarantine measures currently in place that can both keep Canadians safe as well as revive the economy,” IATA director general and CEO Alexandre de Juniac said.

“It is critical that the Government of Canada acts on these before the economic and social damages become permanent and the public health consequences of mass unemployment become even more apparent.”

IATA estimates that revenues generated by airlines with service to, from and within Canada could fall by C$22.6 billion ($17.2 billion) relative to 2019, a decrease of 70%.

OAG data shows that there are 1.96 million domestic departure seats and 483,000 international seats in Canada’s market during Sept. 2020, compared with 5.7 million and 3.4 million a year ago.