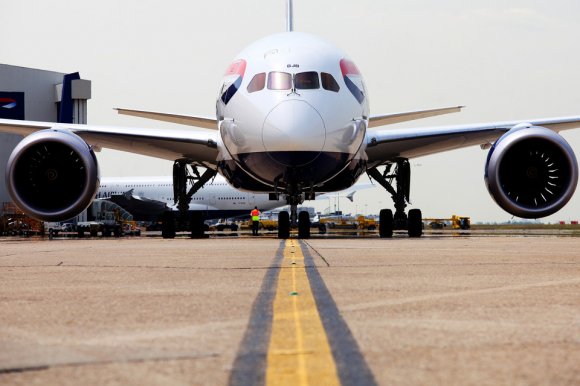 British Airways is adding a second destination in Pakistan to its international network from next month, beginning flights between London Heathrow (LHR) and Lahore (LHE).

The oneworld alliance member will serve the route 4X-weekly on board Boeing 787-8 aircraft. The inaugural flight will depart Oct. 12.

“Our new flights will give us the opportunity to open up more of Pakistan to travelers from the UK, so they can experience its delights and rich culture,” BA director of network and alliances Neil Chernoff said.

“We also think this will be hugely popular with the British Pakistani community, giving them more convenient options to visit family and friends.

“For those customers flying to or from Lahore, our flights have also been conveniently timed to allow seamless connections with flights serving the United States and Canada.”

BA returned to the Pakistan market in June 2019 after an absence of more than a decade, launching a 3X-weekly service between LHR and Islamabad (ISB). As reported by Airlineroute today, the carrier has this week accelerated plans to increase the frequency on the route to daily.

The proposed launch of LHR-LHE comes just weeks after UK rival Virgin Atlantic announced it will open three new routes between the UK and Pakistan this December, beginning two from LHR and one from Manchester (MAN). The airline intends to fly from LHR to ISB 3X-weekly and LHE 4X-weekly. MAN will be connected with ISB four times per week.

BA and Virgin Atlantic will fight for market share between the UK and Pakistan, filling a gap in the market left by Pakistan International Airlines (PIA). PIA’s permission to fly to the UK was suspended on June 30 when EASA withdrew its third-country operator safety certificate. The certificate was taken away after Pakistan’s aviation authorities grounded 262 Pakistani pilots whose licences were described as “dubious” and may be fake or falsified.

OAG data shows that PIA offered 383,571 seats on nonstop flights between the UK and Pakistan in 2019, giving the airline a 95% capacity share of direct seats. British Airways provided 19,474 seats to take the other 5% after restarting direct service to Pakistan in June 2019 following a 10-year absence.

Although PIA has recently been approved to reinstate flights to Birmingham (BHX) and MAN on board aircraft chartered from Hi Fly, the carrier’s 3X-weekly LHR-LHE is among the routes which remains suspended. O&D traffic between London and Lahore totaled 195,155 two-way passengers in 2019, a rise of 3% on the previous 12 months.