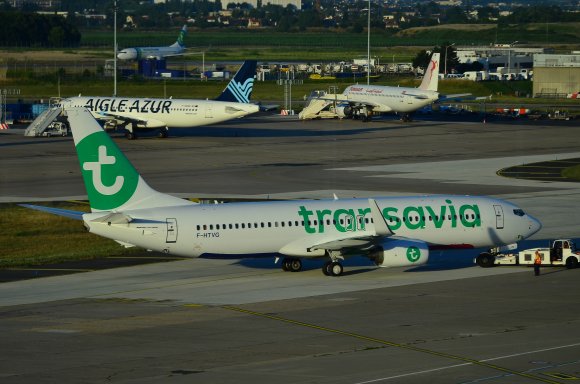 A month after Air France-KLM Group secured the green light from pilots on plans for subsidiary Transavia France to fly domestic routes, the carrier has unveiled the first services it intends to operate.

Reservations are now open for five routes on departure from its bases at Paris Orly (ORY) and Nantes (NTE). Transavia’s CCO Nicolas Hénin described the entry into the domestic market as “a new chapter in the company's development.”

TLS chairman Philippe Crébassa welcomed Transavia’s entry to the NTE-TLS market, saying the lower cost flights would help to cater for rising levels of domestic demand in recent months as a consequence of the COVID-19 pandemic.

The airline said it plans to announce further domestic routes “soon” as well as continuing the development of its medium-haul network from bases at ORY, NTE, Lyon (LYS) and MPL.

The launch of Transavia’s inaugural domestic routes follows an agreement in August between Air France-KLM’s management team and pilots’ union SNPL, with the union backing an overhaul of Air France’s domestic network.

“This network has been loss-making for several years despite continuous restructuring since 2000 and is subject to strong competition faced with the constant growth of low-cost airlines and the TGV high-speed train network,” the airline group said at the time.

More than 90% of voting union members backed the domestic network restructure, with a turnout exceeding 82%. The agreement is the second with SNPL designed to facilitate the expansion of Transavia after a deal was reached last year to increase its French fleet beyond 40 aircraft.

According to data provided by OAG Schedules Analyser, Air France is currently the only operator of ORY-BIQ flights although easyJet serves BIQ from CDG.

Transavia will compete with Ryanair on NTE-MRS and with easyJet and Volotea on NTE-TLS and NTE-NCE. Volotea also serves NTE-MPL up to 2X-daily with easyJet set to begin the route in October.