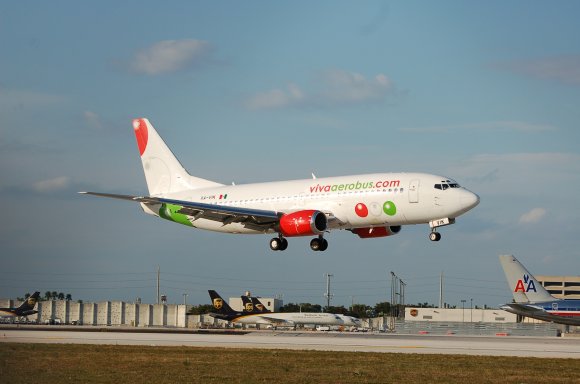 The airline announced in late August that from Sept. 25 it planned to launch domestic flights to the port city of Veracruz (VER) along with La Paz (LAP) on the Baja California Peninsula, as well as an international route to San Antonio (SAT) in Texas.

Five more routes have now been unveiled, which are scheduled to commence from Nov. 12. Four are domestic and the fifth is transborder.

Viva Aerobus will connect MEX with Acapulco (ACA) on Mexico’s Pacific coast 2X-weekly and Campeche (CPE) on the Gulf of Mexico 3X-weekly.

A 3X-weekly route to the coastal city of Ciudad del Carmen (CME) will also commence, alongside a 4X-weekly service to Chetumal (CTM), located on the east coast of the Yucatán Peninsula.

The ULCC is also launching flights from MEX to Dallas Fort Worth (DFW) in Texas from Nov. 13, which will operate 3X-weekly. The route is its second to DFW announced in recent weeks following the airport's five-year absence from its network. Viva Aerobus began flying to DFW in March 2015 with routes from Guadalajara (GDL) and Monterrey (MTY), but pulled both less than six months later amid strong competition from American Airlines.

Viva Aerobus is this month operating 95 routes, which represents more than 80% of its capacity measured in available seat kilometers (ASKs) compared with September 2019. In August, the airline offered 84 routes and carried 650,000 passengers—an increase of 39% on July but down 44.3% on August 2019.