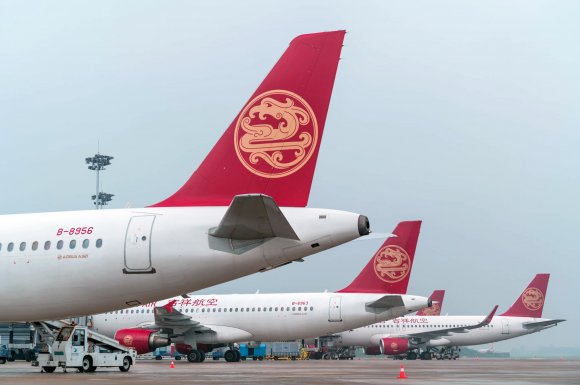 Juneyao Airlines is to open a second route to Helsinki from next month, with plans to begin flights from the metropolis of Zhengzhou in China’s Henan province.

The route will be the carrier’s second to the Finnish capital having started operations from its Shanghai Pudong (PVG) hub in June 2019. The proposed launch comes five months after the airline signed a letter of intent to strengthen ties with Finland’s national carrier Finnair by forming a joint venture.

Zhengzhou, which lies on the southern bank of the Yellow River, appears to be an interesting choice by Juneyao from which to open an international long-haul service.

The airline currently only operates four routes from CGO—all of which are domestic—to Bayannur (RLK), Huizhou (HUZ), PVG and Xining (XNN). The carrier’s existing PVG-HEL route also means it is unlikely to attract feed from PVG to CGO.

According to figures provided by Sabre Market Intelligence, O&D traffic between Zhengzhou and Helsinki in 2019 was negligible at just 419 two-way passengers. However, almost 60,000 passengers flew between the Chinese city and Western Europe, with the UK the top destination followed by Germany and France.

There are currently no nonstop flights operating between CGO and Europe after China Southern Airlines suspended service to London Heathrow (LHR) in February 2020 as the COVID-19 crisis deepened. The CGO-LHR route, which launched in June 2019, is listed on OAG as returning in late October although booking is not yet available.

Pegas Fly also served CGO direct from Moscow Sheremetyevo (SVO) during 2019 but exited the market a year ago.

Therefore, despite the limited opportunity for Juneyao’s existing routes into CGO to provide feed for the service to HEL, the airline clearly feels there is a gap in the market to provide nonstop flights to Europe, as well as having a sufficient catchment area.

Zhengzhou has a population of more than 10 million and is considered a central Chinese transport hub. Zhengzhou East Railway Station is one of the largest interchange stations in Asia, located at the junction of several high-speed lines, including the Beijing-Guangzhou line.

The new route to HEL comes five months after Juneyao and Finnair signed a letter of intent to deepen their cooperation between China and Europe. The carriers hope to establish a joint venture, which will enable wider codesharing on the two airlines’ routes.

“Despite these immensely challenging times for our industry, we at Finnair remain steadfast in our belief and commitment to China as a key market and to Juneyao Air as a key partner,” Finnair CCO Ole Orver said in April.

“Taking the important step to evolve this into a deeper cooperation focused on our Shanghai and Helsinki hubs will allow us to not only serve our current customers even better, but also to lay a platform for further growth in the future, once the aviation market starts to normalize.”

Juneyao launched its route from PVG to HEL in July 2019 and since then both carriers have been codesharing on each other’s HEL-PVG routes, and on selected routes from HEL to Europe and from PVG to other destinations in China.

Since launching flights to HEL, Juneyao has also sought to widen its footprint in Europe. The airline planned to launch 2X-weekly flights to Dublin (DUB) and Reykjavik (KEF) in March, alongside a 3X-weekly service to Manchester. However, the start of all three routes—which would have operated via HEL—was postponed because of the coronavirus outbreak.