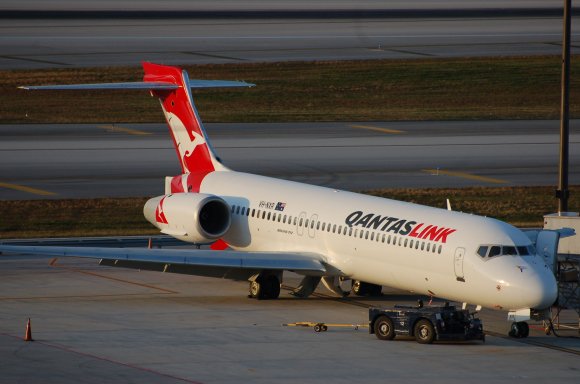 Qantas will increase flights between the Australian Capital Territory (ACT) and Queensland following the lifting of border restrictions, including introducing a new seasonal route that has long been a monopoly for Virgin Australia.

The airline plans to operate up to 4X-weekly flights between Canberra (CBR) and the Gold Coast (OOL) from Sept. 25 on board Boeing 717-200 aircraft, featuring 12 business class seats and 98 seats in economy. It will be the first time in more than two decades that Qantas has served the route.

The national carrier will also increase flights between CBR and Brisbane (BNE) from four services per week to 14, adding an extra 2,200 weekly seats.

“This new flight means you leave Canberra at lunch and by mid-afternoon you can be sitting on the beach enjoying everything the Gold Coast has to offer,” he said.

“We know there is significant pent up demand for domestic travel with Australians wanting to explore their own backyard. We’ll monitor demand on the route and if it proves successful, we could look to operating flights over the summer school holiday period.”

Virgin Australia has long been the sole operator of flights between CBR and OOL. The airline, which is emerging from a period in voluntary administration, currently provides a 2X-weekly service using Boeing 737-800 equipment. The carrier is expected to increase frequencies to 5X-weekly be early November.

OOL’s COO Marion Charlton welcomed the OOL-CBR service, and the lifting of border restrictions by the Queensland Government to the ACT more generally.

“Queenslanders and ACT residents are no doubt looking for more places to holiday and friends and family will be wanting to connect after a long period of border closures, so we are confident this service will be well supported,” she said.

“More flights have also been scheduled between the Gold Coast and Cairns and Adelaide during this school holiday period.”

In recent weeks, Qantas has stepped up its calls for border openings based on medical risk assessments and a common definition of what constitutes a COVID hotspot.

The carrier has launched a petition inviting employees to show their support for a safe reopening of domestic borders. More than 54,000 people have now signed up.

Tourism & Transport Forum Australia’s CEO Margy Osmond has also issued support for discussions regarding border reopening, stating 63% of respondents to a Newgate Research poll are seeking all borders to be open by Christmas, up from 58% in the prior week.

“This supports our ongoing advocacy to safely remove these borders and rely on a single national COVID-19 hotspot definition to get interstate tourism up and running in all States outside Victoria,” she said.