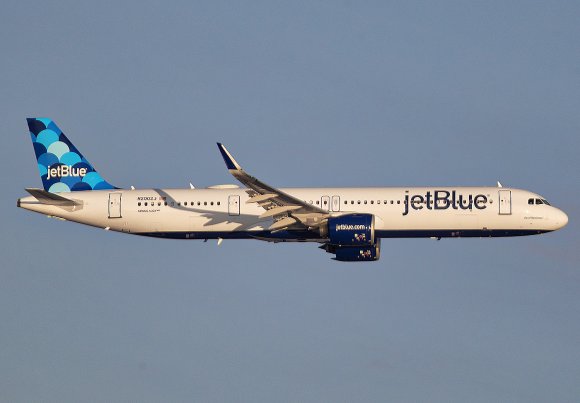 JetBlue’s strategy to target markets in the US where it anticipates increasing demand for leisure travel is continuing with the addition of four routes from Bradley International Airport (BDL) in Hartford, Connecticut.

The planned expansion comes after the state of Connecticut simplified its travel advisory, enabling all travelers visiting or returning to the state to provide a negative COVID-19 test result obtained within 72 hrs. prior to or upon arrival to avoid the state’s 14-day quarantine.

“We see great long-term potential for our business in Connecticut, as it becomes an increasingly attractive place to live and work,” JetBlue head of revenue and planning Scott Laurence said. “Additionally, the simplified travel advisory gives clarity to everyone who needs or wants to travel through Bradley International Airport.”

Prior to the COVID-19 crisis, the airline operated six routes from BDL, mainly to destinations in Florida. The carrier served Fort Lauderdale (FLL), Fort Myers (RSW), Orlando (MCO), Tampa (TPA) and West Palm Beach (PBI) alongside flights to San Juan (SJU) in Puerto Rico. The new service to CUN starts on Nov. 19, followed by the three domestic routes on Dec. 18.

JetBlue said it is “dedicated to remaining flexible” and so market demand would determine how long a particular route continues to operate.

According to data provided by OAG Schedules Analyser, Delta Air Lines served BDL-CUN until March when the route was suspended because of the pandemic. American Airlines’ flights between BDL and LAX also remain on hold but is expected to resume in November.

BDL has been without nonstop service to LAS since November 2018 when Southwest Airlines exited the market, and without a direct flight to SFO since United Airlines pulled the plug on the route in September 2018.

Following the expansion, JetBlue said the new routes “set the airline up to be the largest carrier in Connecticut by 2021.” OAG figures show the airline was the fourth largest 2019, offering 533,088 departure seats for a 13% share of the market. American was the largest with 976,000 seats, equivalent to 24% of all the available departure seats during the year.

Earlier this month, JetBlue added two dozen routes to leisure destinations from its main hubs on both US coasts, with the traffic largely directed toward warm-weather, near-international leisure destinations in the Caribbean and Latin America, as well as new transcontinental service flown on Airbus A321s with premium Mint cabins.

Seven new nonstop routes are being added from Newark (EWR), including 2X-daily service to CUN and 1X-daily to Punta Cana (PUN). A further seven services are also being introduced from LAX, including 1X-daily to San José (SJO) in Costa Rica.

The move comes after JetBlue announced plans to embark on a major expansion at LAX over the coming years after removing Long Beach as a focus city.