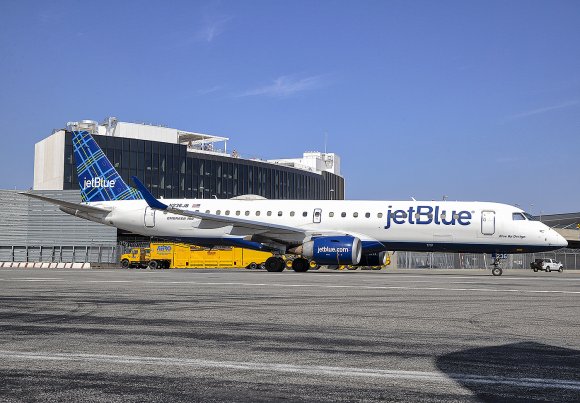 New York-based JetBlue said in a Sept. 22 regulatory filing it now expects Q3 capacity to be down 55% from last year’s levels, compared to a prior estimate of down 45%.

Despite the schedule reduction, JetBlue said it has seen “modest improvement in revenue and bookings trends” since early August, mostly driven by leisure travel and visiting friends and relatives. As a result of the better than expected demand, the company expects its Q3 average daily cash burn to be toward the lower end of a previously estimated range of between $7 million and $9 million.

Still, some analysts remain pessimistic that demand will continue to strengthen, and airline executives have stressed the uneven nature of the recovery to date. “As we said back in July, we expect this to be choppy,” Delta CFO Paul Jacobson said during a September 9 investor webcast hosted by Cowen & Co. “And we expect that we're going to see ebbs and flows off the lows, but we're still well, well behind where we should be.”

US passenger throughput screened by TSA was down 66% year-over-year as of September 20, according to Cowen analyst Helane Becker, a slight improvement from July and August, which saw declines of 73% and 70%, respectively. Still, the vast bulk of that traffic is domestic and leisure-oriented, and airlines and analysts both estimate that US corporate and international traffic levels still remain down over 90% from last year.

Because domestic and leisure markets have recovered at a faster pace than international and corporate, Credit Suisse analyst Jose Caiado said in a recent client note that he expects low-cost operators like JetBlue and Southwest will have a speedier recovery from the COVID-19 crisis than their network airline counterparts. Longer-term, Caiado believes there will likely be some degree of “structural demand impairment” in corporate travel markets, resulting from the widescale adoption of remote-work and video-conferencing apps.