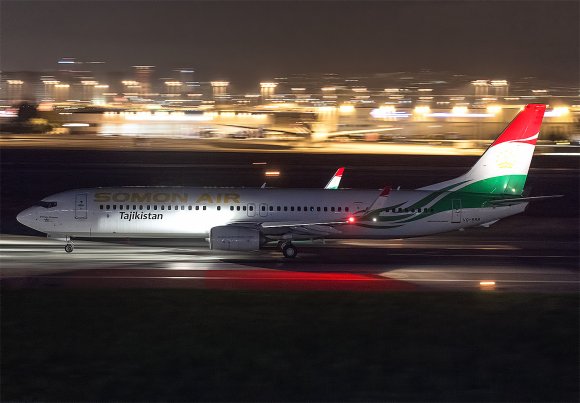 Developing codeshares with Turkish and US carriers is a key target for Tajikistan’s Somon Air once borders reopen, according to CEO Thomas Hallam.

The carrier, based in the Tajik capital Dushanbe, previously had a relationship with Turkey’s AtlasGlobal, which it intended to use as a springboard for European expansion. However, the Istanbul airline was declared bankrupt in February.

“Before the pandemic, we had started develop our traffic through Istanbul, trying to move it away from the migrant traffic, which we were highly dependent on, to develop more VFR, tourism and business traffic to the west through Istanbul,” Hallam said.

“As soon as borders open up, we’ll go back in and really focus on that. The previous codeshare brought us into mid-Europe and parts of the Middle East, which created good opportunities.”

He added: “We’d also like to look to some of the US carriers that either operate out of Frankfurt, Amsterdam or Istanbul. We need to have the right systems in place for that, but we’re almost there.”

Tajikistan’s borders closed from Mar. 20 to halt the spread of coronavirus and since then Somon Air has been restricted to operating a skeleton service.

The airline currently offers scheduled commercial flights to Dubai (DXB) alongside charter flights to Russia and services to transport medical supplies into and out of Tajikistan. A 3X-daily charter to Moscow Domodevo (DME) is essentially operating as a one-way flight to bring migrant labor home.

“Most of our high demand routes are led by migrant labor and a lot of that labor right now is stuck out in Russia,” Hallam said.

However, he believes there will be strong VFR demand once borders in Central Asia reopen.

“I've got people lined up behind our offices here where we have a ticketing call center,” Hallam said. “People around the country are trying to get to lots of destinations… and we're ready to move when things open up.”

As well as focusing on the high-demand routes to Russia, Somon Air also intends to develop its network in India. The airline launched its first route to the country in December 2019, operating 1X-weekly between Dushanbe (DYB) and Delhi (DEL). Plans were in place before the pandemic to add a second weekly service.

“We see a lot of big demand out of India for medical products, but also for medical purposes too,” Hallam said. “There are a lot of Tajikistanis who would like to go there and get the higher level of medical care that's more affordable for them. Plus, there's a lot of vacationing opportunities.

“We're only a two-hour flight from Delhi but to get from Delhi to Tajikistan, you have to go through Dubai, and it’s about 18 hours. We want to break that wall down.”

Hallam said Somon Air also wants to venture further east, but its network is limited by the range of its aircraft: “We can’t get to Beijing, Shanghai or Seoul at the moment, but there’s big tourist demand that exists.

“It’s hard to operate through Kazakhstan or Kyrgyzstan as a one-stop point simply because of competitive reasons. We've been looking at aircraft that can fly nonstop to those.”

According to data provided by OAG Schedules Analyser, Somon Air was the second-largest carrier in Tajikistan’s market in 2019, offering 384,782 departure seats. Russian operator Ural Airlines was the largest with 476,469 seats.